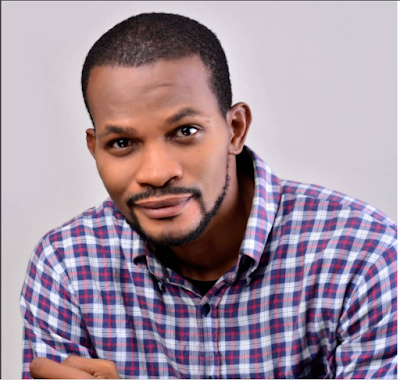 Read what he wrote after the cut..."I am laughing in Spanish language right now lol....😂😆 I just read the press release from the sponsor's of this reality show, and I am just so shocked at how they carelessly used this lines, " they are against sexual perversion" Really? Like seriously? So where were you guys when a girl was giving BJ to a married man in the house? Oops! I guess that wasn't so bad abi? Where were you guys when somebody opened her breast to the whole world, promoting nudity, and making our underaged kids mastubate while watching the show? Where were you guys when housemates were busy sucking each others flat nipples like "kilode" on national television? Even though some housemates supported the very act of what the disqualified contestant did by touching another housemate indecently, I strongly do not support anyone molesting a woman, sexual harassment is alien to us as a people✖... But then, your reality show is messed up badly, it had promoted untold perversion, and barbaric acts, it had exposed our kids to inappropriate sexual and disgusting acts on national TV, your reality show itself is so perverse and should be banned. Nigerians are not used to seeing this kind of illicit sexual perversion being displayed live on national television. I am not like the other celebrities who had sold their conscience, I stand for decency, I stand for change, that's why I am a strong supporter of our dear President Buhari, and I am going to make sure I, and all the other popular actors in Nigeria massively supports this great leader for a second term in office come 2019. I know some enemies of Democracy who belongs to the major opposition party will not agree, but tell me which Nigerian past President has achieved what this present administration had been able to do for Nigerians within a short period of time??"