A fight broke out in the new Panteka market along the Nnamdi Azikiwe bypass in Kaduna when an Igbo man allegedly named his dog Muhammad.

According to Daily Trust, the market was closed down by men of the Nigerian Police who restored peace after the fight broke out. 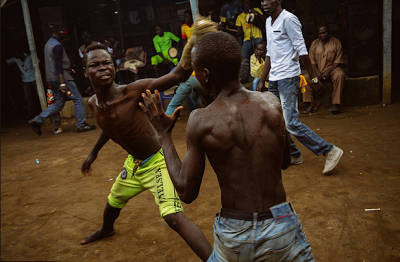 Panteka market is a major spare parts centre which houses many mechanic garages in the state. According to an eyewitness, named Aminu Ibrahim, he said

the trouble started when one Muhammad bought a dog and allegedly named it Ibere after an Igbo trader.

Ibrahim said: “Since the boy named the dog after the trader, the trader had warned him on several occasions to rename the dog, but the owner of the dog Muhammad refused.

The Igbo trader, Ibere also bought a dog and named it Muhammad, this is when all hell was let loose.”

Subsequently, a fight erupted between Hausa and Igbo traders in the market which led to the closure of the market by the police.