The injection, Southern City News reports, led to the death of Mrs. Udofia on February 11, 2017. 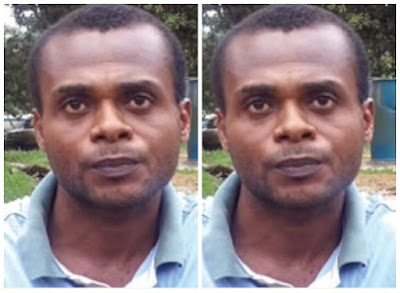 Umoren, who claimed to be a chemist, was said have administered the injection following the advice of the deceased’s husband, Mr. Sunday Udofia.

Parading the suspect alongside 21 other alleged criminals at the headquarters of the Cross River State Police Command in Calabar, the state Commissioner of Police, Mr. Hafiz Inuwa, said that the administered injection was meant to terminate the pregnancy of the deceased.

Inuwa said the suspect had confessed to the crime and would soon be charged to the court.

“On February 11, 2017, one Sunday Udofia reported at Akamkpa Police Division that a chemist identified as Godswill Umoren had, in a bid to terminate and abort the pregnancy of his wife, Uduak Udofia, administered injection which led to her death. The suspect has confessed to the offence and will soon appear in court.”But Umoren, who is an indigene of Ikot-Ekpene in Akwa Ibom State, admitted to administering the injection despite not being a qualified health worker. He said,

“I was the one that gave her the injection. Her husband called me to his house to examine his sick wife. I asked her what happened, she said that she was having body pain and they bought drugs for her. When I gave her the injection initially, she did not die.“I am not a medical personnel, I learnt how to administer drugs and inject patients from my brother who is a doctor. I only helped her to recover.”