A CNN reporter has been called out for reportedly eating cooked  human brain with cannibals in India. The US religious scholar Reza Aslan who is the host of Believer, a six-part CNN series on spirituality, recently met with the Aghori (cannibals) group, a nomadic Hindu sect in India.

The leader of the group who are devotees of the Hindu god Shiva which  rejects the Hindu caste system, which deems certain groups of people untouchable as they believe nothing can taint the human body, gave Reza alcohol served in a human skull, after ashes of a cremated body was smeared on his face after his bath in the sacred Ganges river. 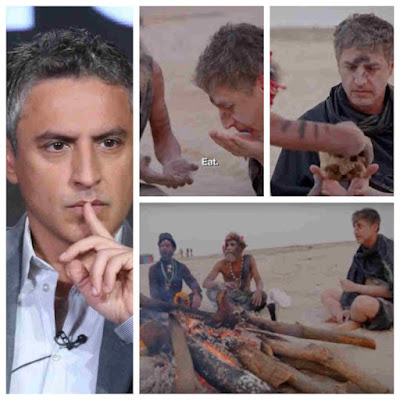 Washington Post reports that he was served a piece of burned human brain, which

he ate. However, this has ignited the anger of Hindu faithfuls who allege that what Reza did on live TV portrays their religion in the negative light.

Also Indian-Americans have also slammed CNN for the series which brings  the beliefs of a tiny cult, whose beliefs and practices are rejected by orthodox Hindus to limelight.

More pictures after the cut; 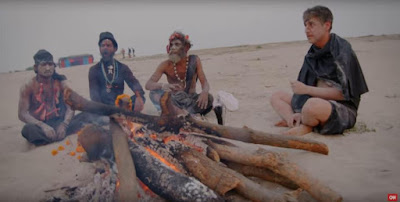 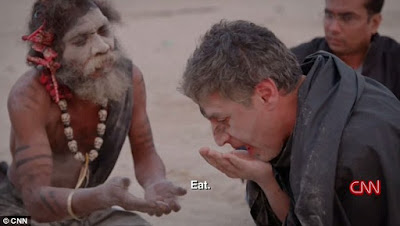 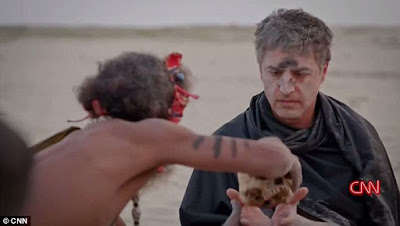 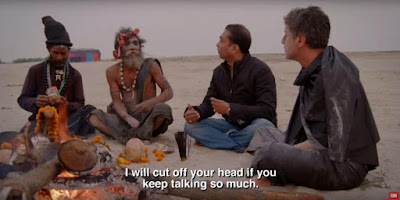 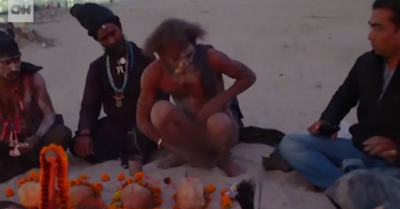