An official of Benin Electricity Distribution Company, BEDC, who has been identified as Kola, was electrocuted to death on Saturday  as he tried to connect wires from an electric pole to a new building, at the Government Reserve Area, GRA, located at Itanla along the Ondo/Akure highway, Ondo State. 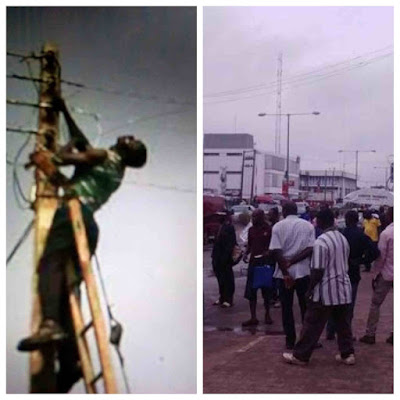 The motorcycle of the electrocuted electricity company official, who was reportedly in

charge of the area on behalf of BEDC, was seen packed under a mango tree as officials from the BEDC later arrived the scene to remove his body from the pole.

Confirming the report, Manager of the Ondo Business District of BEDC, Chris Enuamaka, disclosed that Kola was on an illegal duty at the time of the electrocution.