A 32-year-old Zambian woman of Kampongwe area in Kapiri Mposhi district of Central Province has been arrested for allegedly murdering her husband.

Police Spokesperson Esther Mwaata Katongo, revealed that the deceased who has been identified as Oliva Kalangwe aged 34 was initially assaulted by his wife on 26th February, 2017 at about 20:00 hours and that he reported the matter to police. 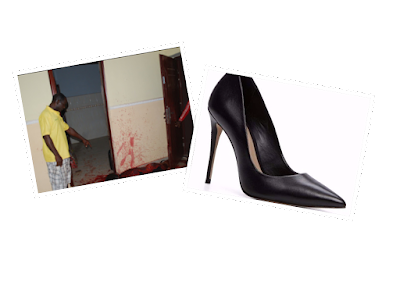 She has said that the wife is reported to have used a pointed high heeled shoe to hit the victim who sustained deep injuries in the head and fore head. Katongo further said

that the deceased was issued with a Police medical report form but he did not get back to police.

She says police this morning received information from concerned members of the public that some family members were intending to conceal the death of the victim as they were making arrangement to bury the corpse today.

"This was when officers went to the area and arrested the suspect identified as Ines Malata who is currently detained in police custody," she says.