Kemi Olunloyo  is not slowing down in sparking controversy, as she shaded one the nollywood actresses on the cover of WOW magazine. 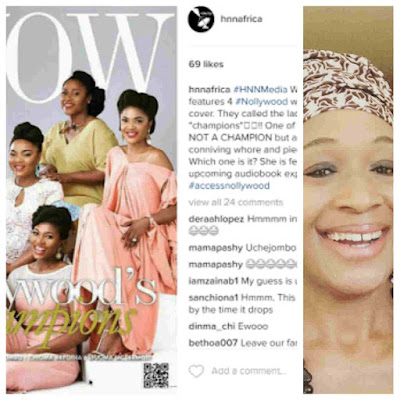 The actresses on the cover include; Omoni Oboli,Uche Jombo,Chioma Akpotha and Ufuoma Mcdermott. Well, the controversial media personality blasted one of

them, saying the alleged actress is a conniving whore and a piece of shit. Kemi also hinted that the actress will be exposed in her upcoming audiobook.

Here's what she wrote;

"WOW magazine features 4 #Nollywod women on the cover. They called the ladies "champions"🙄😳!! One of them is clearly NOT A CHAMPION but an untalented conniving whore and piece of 💩💩💩. Which one is it? She is featured in my upcoming audiobook expose" 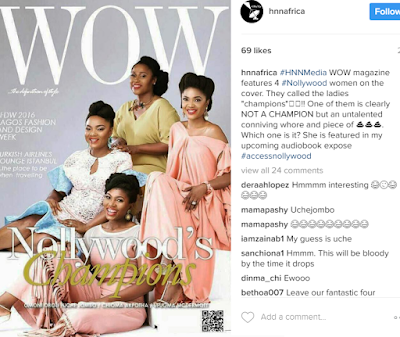