As the romance scandal fight between Stephanie Otobo and Apostle Suleiman gets messier, the singer has dragged the Pastor who is currently in the United States for a Church Programme, to the Nigerian police. 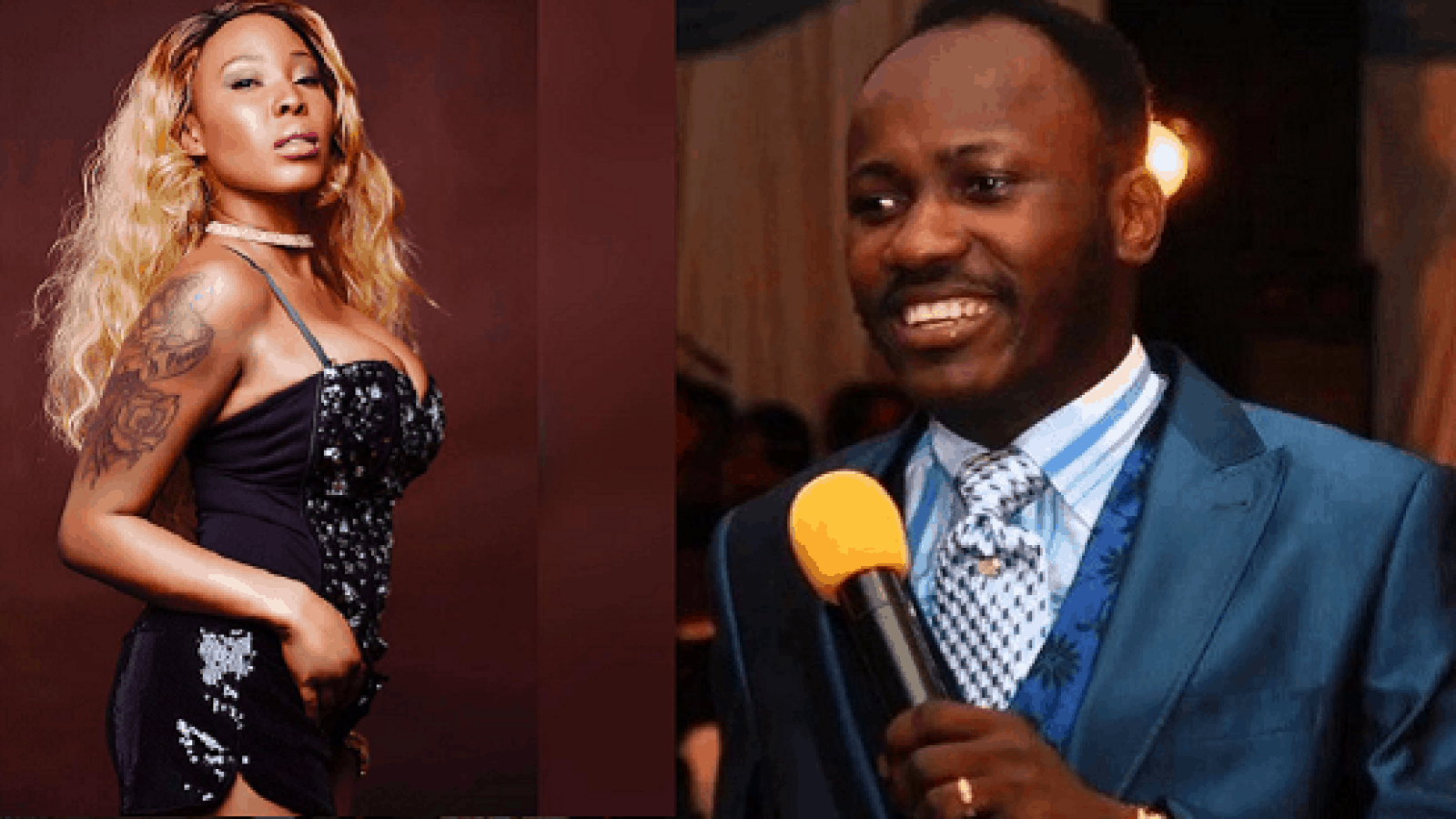 Her letter which is addressed to the Lagos State Commissioner of Police reads;

The Commissioner of Police,

PETITION AGAINST APOSTLE JOHNSON SULEMAN FOR ILLEGAL PROCUREMENT OF ABORTION, THREAT TO LIFE AND ATTEMPTED MURDER.Sir, my name is Miss Stephanie Otobo, and I wish to bring a formal complaint to you against one Apostle Johnson Suleman as follows:

In particular, I was invited by Apostle Suleman to join him for his crusade that was held in 2015 at Napoli, Italy, the full expenses for the trip was paid for by the gentleman. While in Napoli, Apostle Suleman would preach and do “miracle” in the day time and take the much needed rest in my bosom at night.

Napoli was our love nest for three (3) good days and after the crusade Apostle Suleman left Napoli and I also returned to Canada.

Shortly after the Napoli experience, I discovered that I was pregnant for Apostle Suleman. I called my lover to inform him of the pregnancy but Apostle Suleman was not particularly excited about the news rather he requested that I should come to Nigeria.

Based on Apostle Suleman’s instruction I left Canada for Nigeria to meet Apostle Suleman. It is important to note that despite the amorous relationship, I saw Apostle Suleman like a father figure who takes care of me and to whom I was extremely obedient to.

I arrived Nigeria on the 25th of August, 2015 and clandestine arrangement was made for the two (2) of us to meet and consequently, I met Apostle Suleman at Definite Destiny Hotel, beside Airport Hotel, Ikeja, Lagos State. It was at the hotel that I was given a concoction to drink by Apostle Suleman who told me that the concoction was for my spiritual fortification. But in less than ten (10) minutes after drinking the concoction, I started vomiting blood and passing out blood. Apostle Suleman then gave me pills to stop the blood though the blood did not stop immediately but the pain subsided and the pregnancy was gone.

I was devastated by the development and Apostle Suleman gave me cash gifts in three (3) different currencies, to wit; Euro, Dollars and Naira to console and compensate me for the loss of the pregnancy. I could not come to terms with the facts that the man that claimed to love me and promised to marry me, could procure abortion for me without my consent which could have lead to my death.

Unfortunately Apostle Suleman did not stop at procuring abortion for me without my consent but also in a desperate bid to keep the amorous relationship between him and I a secret not known to his teeming followers, Apostle Suleman invented various devices to bully and threaten my life.

It is against this backdrop that I urge you to use your good offices to call for a thorough and dispassionate investigation into the above allegations. I plead with you, in the course of your investigation, to confirm the exchange of all our text messages from the networks, forensic analysis of all the nude pictures we both sent to ourselves (and whether they are, indeed, photo-shopped or authentic), our international passports to confirm the dates and times of our travels, investigation concerning the hotels we slept together both in and out of Nigeria and bank accounts to confirms the transfers of funds.