Up to 60% of workers of the distressed airline Aero may have been laid off following dwindling operations by the airline which is the oldest in the country. 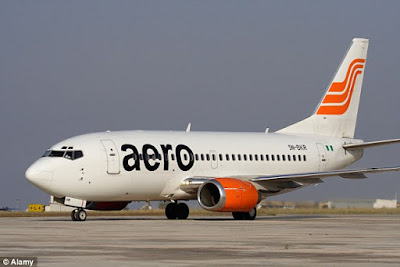 Findings show workers, more than 1000, were issued letters of redundance this week in moves to reduce operational costs.

It would be recalled that the airline established in 1959, resumed operations in December 21 2016 after about four months of self-imposed closure to enable its reposition.

However, the airline resumed operations 10 days to the New Year flying to four locations including Lagos, Abuja, Port Harcourt and Warri, Delta State using its Boeing 737-400/500 and the Dash8-Q400. Over 10 of its aircraft are currently grounded at the airport.

In a statement today, the airline said it had been grappling with huge and unrealistic personnel cost as well as other operational challenges worsened by lack of enough aircraft to keep all the workers meaningfully engaged.

It said issuing letters of redundancy was “a business decision that will ensure Aero's survival.”

"Following the operational challenges of Aero culminating in loss of business opportunities that adversely affected company finances vis-à-vis operations, we are constrained to place you under redundancy pending a possible future review,” the letter read. This decision was communicated to the unions where their understanding was solicited in view of prevailing operational difficulties. Whilst Aero appreciates your contribution to the company and continues to regard you as worthy ambassadors, we solicit your understanding as we struggle to stabilize operations and rebuild the company..."

The statement however clarified that those in Maintenance Repair and Overhaul (MRO) and other essential staff in critical departments will not be affected by the development.

"The current situation where over a thousand people are basically not engaged due to lack of serviceable aircraft is not sustainable for the airline. The huge monthly salary associated with a bloated workforce will eventually kill the airline, which is not the intention of the current government. Aero Contractors currently has aircraft-to-employee ratio of 1:500, which analysts believe is perhaps the worse in the history of global airline industry. Government's intervention in Aero was to save it from total collapse therefore, all steps such as this (issuance of redundancy letters) to ensure its survival must be put into consideration to save the airline".