He also blasted the South African government for allowing foreigners, trading in penis enlargement and abortion into their country. 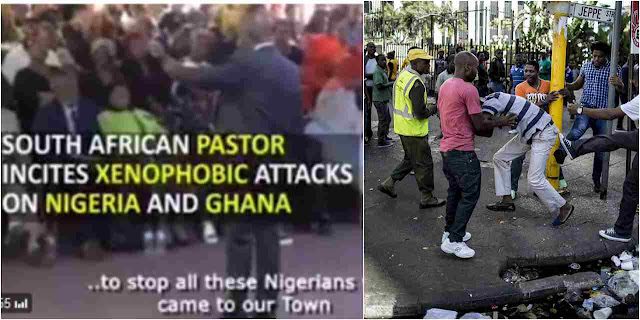 According to him, the womb of a woman is God's workshop. Which means committing

abortion, is destroying the work that God is doing on the woman.

The Pastor who told members who don't like what he's preaching to stand up and go, said if he meets anybody with a penis enlargement product, he will kick the person's teeth out with his 'sharp nose' shoes. 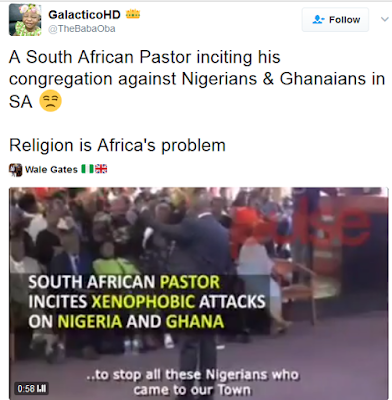 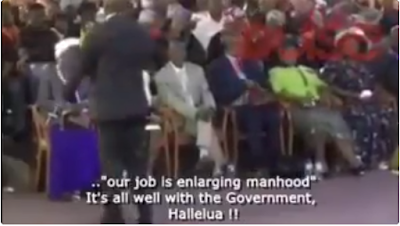 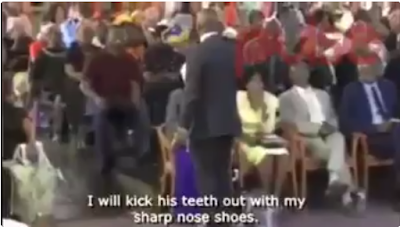 Basically Nigerians and their Big 🍆s is the reason for the xenophobic attacks in South Africa... 😳😳😳 pic.twitter.com/i4f3YfrKrl— Wale Gates 🇳🇬🇬🇧 (@walegates) March 18, 2017