What The? 23-year-old Man Sentenced To Death By Hanging For Stealing Phone


A High Court of the Federal Capital Territory (FCT) has sentenced a 23 years old Tope Abiodun, to death by hanging for stealing an android LG phone valued at N87, 000.

The court also sentenced a teenager, Godfrey Emmanuel, to 14 years imprisonment for the same offence.

Another suspect, Samuel Egbe 24-year-old trader at Wuse Market, Abuja, who was charged with dishonestly receiving the LG phone from the 2nd accused (Tope Abiodun), with knowledge that they were stolen, was, however, lucky, as he was discharged and acquitted by the court. 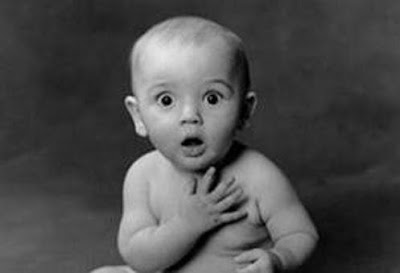 The court was amazed by the ingenuity deployed by the convicts in carrying out the robbery attack on the owner of the LG phone, Jacob Habila, who they attacked with a knife before disposing him of his handset.

According to the prosecution counsel, Assistant Commissioner of Police Simon Lough, the convicts had, on October 3, 2013, at about 9:21pm, positioned themselves half naked, at Impresist junction, Karmo, Abuja, and upon sighting the victim with his LG android phone, approached him to allow them make a distress call to their brother.

They told him they were victims of a robbery attack and would need his assistance to call their brother to bring some clothes for them to put on.

The unsuspecting Habila was touched by their story and in the process of dialling a number that was given to him, the 2nd convict (Godfrey Emmanuel), brought out a knife and stabbed him on the head, while Tope Abiodun escaped with the phone.

With blood dripping from his face, the victim raised the alarm, shouting “thief, thief” which led to the arrest of Emmanuel.

The matter was swiftly reported at the police and Abiodun was arrested a few days later.

The convicts were slammed with a three-count charge by the Commissioner of Police, for armed robbery, contrary to section 6(b) of the Robbery and Firearms Special Provisions Act, Cap R11 Laws of the Federation of Nigeria, 2004.

The convicts were represented by Nnamdi Nwiwu, who made frantic but failed legal efforts to get them off the hook.

The lawyer, however, succeeded in saving the teenage robber (Godfrey Emmanuel) from the hangman’s noose by pleading with the court, after he was found guilty of the offences, to consider the provisions of the Child Rights Act, particularly section 221 and section 405 of the Administrative of Criminal Justice Act and reduce his sentence to 14 years.

After evaluating the submissions of counsel, including exhibits and documentary evidence before her, Justice Chizoba Orji found the 1st and 2nd accused persons guilty as charged.

She held that from the totality of evidence before her, the prosecution had successfully established the case of armed robbery