A man who raped a girl from the age of six for over 225 times has been jailed for 16 years.

Anthony Morgan in a ‘campaign of rape’, targetted the young girl, ruining her life, especially while high on cocaine and alcohol, according to the report on Metro UK. 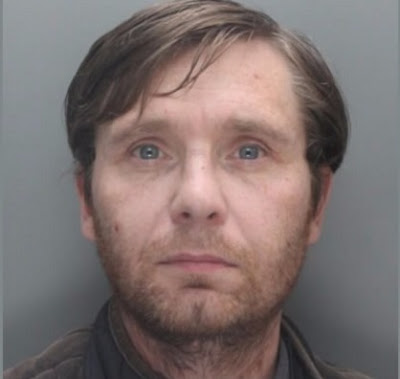 Anthony Morgan has been given a 16 year prison sentence (Picture: Police handout)

The judge said he repeatedly raped the young girl almost week in, week out. He asserted that Morgan simply was out to ruin the girl’s life.

He said, “Who knows whether or not she will ever recover from the psychological ordeal and impact you have inflicted upon her.

“You accept you have an unhealthy and abiding sexual interest in young children.

“I have no doubt at all that you pose a high risk of serious harm to children and will continue to do for an indefinite and unquantifiable period in the future.”

The girl then confided in an adult that the rapes had been happening ‘for as long as she could remember’.

She said that he would bribe her ice cream and other treats while telling her that nobody would believe her if she told them.

“He would ask her to have sex and when she refused he would keep asking. He would eventually get angry and just do it anyway,” prosecutor Dan Travers said.

He pleaded guilty to eight counts of rape and one count of attempted rape but denied raping the girl no fewer than 60 times before she turned five.

He will spend two thirds of his sentence in prison before being considered for parole and will have to sign the sex offenders’ register for life.