A pastor with the Cherubim and Seraphim (C&S) Church in Akure, the Ondo State capital, Waleola Sunday, has been sentenced to three years in prison for child molestation today.

Mr. Sunday was jailed for defiling male children living near his church at Oke Aro area of Akure. 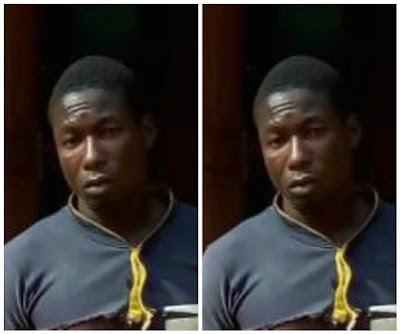 Mrs. Victoria Bob-Manuel of the Akure Chief Magistrate Court sentenced him to prison after he was found guilty of the offense.

Officers of the Nigerian Security and Civil Defence Corps (NSCDC) in Ondo State had arrested the prophet after a tip-off. Ebiriku David, the legal officer of the NSCDC told the Court that the pastor was a "serial homosexual" who was in the habit of seducing young males.

A SaharaReporters correspondent reports that the pastor, while pleading guilty before the court, blamed the devil for his escapades.

The 32-year-old pastor revealed in his confessional statement that he had defiled more than four children in the neighborhood.

"I always enter public schools during their break hours to approach most of these male students before carrying out the act.

"And after this, I would take them to the bush and seduce before they returned back to their classes.

"I believe it's devils work because I would always come back to my senses after I molested the little boys," he told the court.Ruling, Magistrate Bob Manuel jailed the accused pastor for three years at the Olokuta Prison yard in Akure.