Muslim Lady Who Walked Past Terrorist Attack Victims Defends Herself


Though she has not yet been named, but the Muslim lady who was subjected to social media attacks, after she was pictured walking past terrorist attack victims, has defended herself. According to her, she had helped victims and was 'devastated' after witnessing the attack. 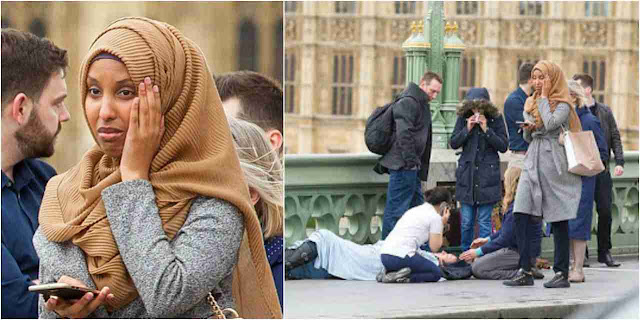 She said: 'I'm shocked and totally dismayed at how a picture of me is being circulated on social media.

'To those individuals who have interpreted and commented on what my thoughts were in that horrific and distressful moment, I would like to say not only have I been devastated, by witnessing the aftermath of a shocking and numbing terror attack, I've also had to deal with the shock of finding my picture plastered all over social media by those who could not look beyond my attire, who draw conclusions based on hate and xenophobia. 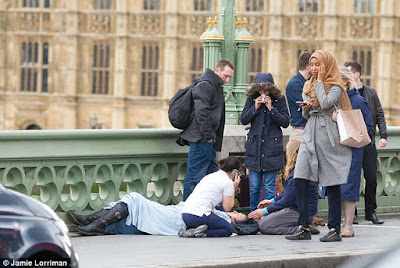 'My thoughts at that moment were one of sadness, fear, and concern.

'What the image does not show is that I had talked to other witnesses to try and find out what was happening, to see if I could be of any help, even though enough people were at the scene tending to the victims.

'I then decided to call my family to say that I was fine and was making my way home from work, assisting a lady along the way by helping her get to Waterloo station.

'My thoughts go out to all the victims and their families. I would like to thank Jamie Lorriman, the photographer who took the picture, for speaking to the media in my defence.'

It comes after photographer, Mr Lorriman, 28, defended her and said that he thought she looked 'horrified' and 'distressed'.