A woman who was desperate to have a baby boy has finally given birth to her first son, after having 11 daughters.

The mum, named as 40-year-old Bhagyamma, gave birth to her 12th child at home then called an ambulance who took the baby to a health centre where doctors declared him healthy and well. 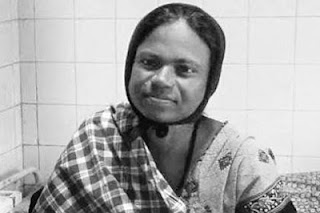 The boy, born last weekend, hasn't been named in reports yet.

He came after years of Bhagyamma trying for a son, but having girls time and time again.

The birth happened in the village of Kurkenahalli, in the town of Madhugiri, Tumkuru District, Karnataka State in southern India.

Proud dad, 45-year-old Ramakrishnappa has been married to his wife for sixteen years and said it was because of "social stigma" that put pressure on the pair to keep trying for a boy.

The couple said: "We have not denied food, education and clothes to the rest of our children."

The family live on a large area of land and work as sheep farmers, owning 20 of the animals.

The younger girls - Pavithra, 11, Sirisha, nine, and Meghana, seven, are still at school while Akhila, four, and Sowmya go to preschool.

Sadly their fifth and eighth daughters died due to seizures at birth.