Apostle Johnson Suleman has reportedly filed a lawsuit against Stephanie Otobo and Sahara Reporters for defaming his character and image. 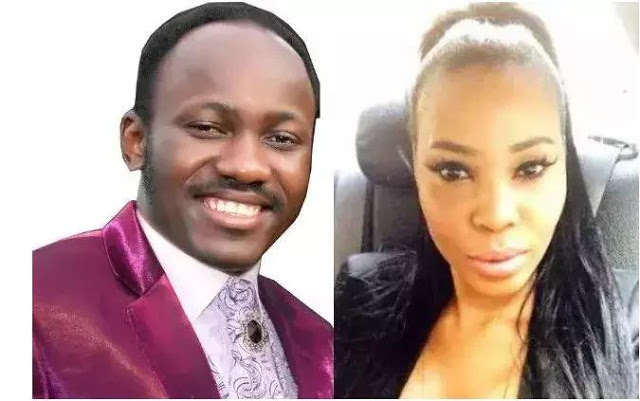 The embattled General Overseer of the Omega Fire Ministry Worldwide, filed a N1 billion suit on Stephanie Otobo, the lady who claimed she had a romantic relationship with him culminating in her pregnancy.

Joined in the suit as reported by the man of God's media team, is an online media publication, Sahara Reporters who first reported the case and has been in the forefront of publishing interviews by the Canada-based stripper who keeps maintaining her stance of being romantically involved with the Apostle Suleman.

Now, he has decided to deal with the situation by dragging Otobo and the media outfit to court for defamation of character over the sex scandal story.

In the suit #ID/ADR/347/2017 filed at the Ikeja High Court, Lagos, Apostle Suleman is also asking N1 billion from each for damages done to his reputation and has hired four lawyers, Chief Efe Akpofure (SAN ), Erhabour O.I, Victor Idiapho and Emmanuel Usoh to represent him.

While the case is yet to die down or subside, the Apostle has been having the time of his life after he celebrated his birthday a few days ago where he gave out cars, cash and other gift items to members of his church who have continued to stand by him.