It's not really going to be an easy one for controversial journalist, Kemi Olunloyo, as she was was re-arrested yesterday even after being granted bail to the tune of N200, 000, alongside a Port Harcourt based publisher, Samuel Walson. 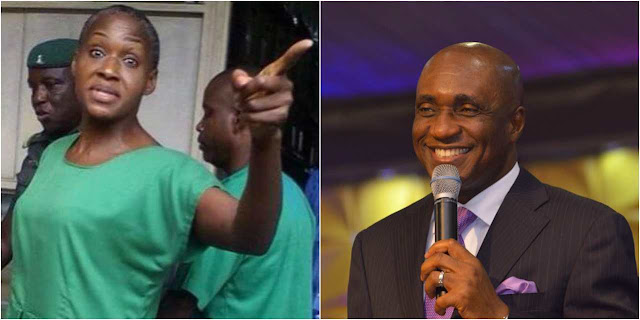 It was gathered that Pastor David Ibiyeomie will appear as a witness, in the defamation case against the 52-year-old journalist, Kemi Omolulu-Olunloyo over fresh charges of

defamation and false publication against him. It is expected that the Port-Harcourt based Pastor will appear as a witness, to explain how he was affected by the publication.

According to Daily Post, Kemi pleaded not guilty to the fresh charges when arraigned before Justice H.O Oshomah, who instructed the police to ensure diligent prosecution of the matter, stressing that he does not intend to have the accused person remanded for long.