VIDEO: Dino Melaye Refuses To Answer Whether He Graduated From Harvard


One of Nigeria’s most controversial senators, Dino Melaye, during a live television interview declined to answer whether he graduated from Harvard University.

You recall Senator Dino Melaye had previously claimed that he earned degrees from Harvard University in Cambridge, Massachusetts and London School of Economics (LSE) in London. 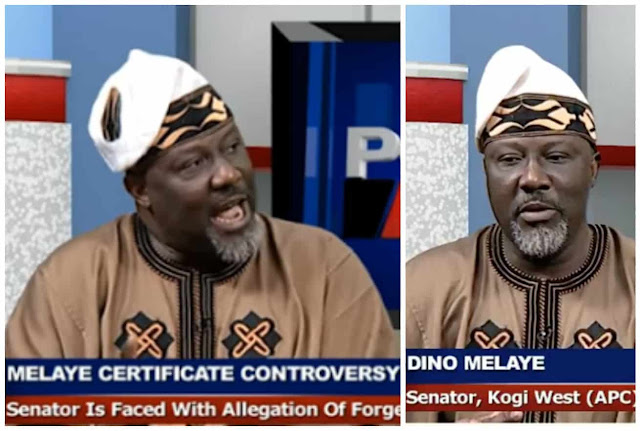 Dino Melaye  was on Channels Television's program “Politics Today” when the anchor Seun Akinbaloye, asked him:

“Did you graduate from Harvard? You said you have seven degrees altogether.”Instead of offering a definite answer, Mr. Melaye went on a petty attack on another guest featured in

After his rigmarole, the anchor came back with his question: “Did you have certificate now?”

Rather than answer the question, Mr. Melaye said:

“I believe in investigative journalism, and I am not going to be ridiculed on the platform of a television station. It is not a question and answer series, whatever I have is mine.”Officials at Harvard University and London School had told SaharaReporters that Mr. Melaye never received any degree from their respective institutions.