Samuel Gbanyge, the driver of a truck that fell into a ditch around Remo area, inbound Sagamu, Ogun State, yesterday, said he battled with some unseen forces controlling the steering with him.

Samuel said the battle with the forces led to the loss of control, which resulted in the death of one of his co-travellers with the other sustaining injury. 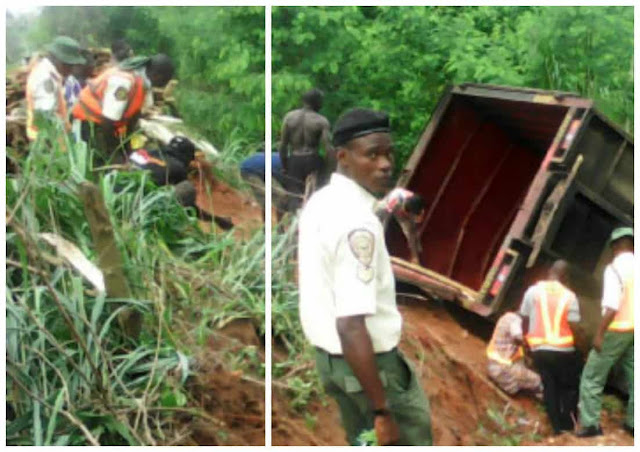 Three males, including the truck driver, were said to be in the truck, with number plates KRD 776 XM, which fell into the ditch, trapping the occupants. However, one of them died, while the driver,

Samuel, and the other passenger sustained serious injuries before they were rescued by emergency responders, including officials of Ogun State Traffic Compliance and Enforcement Corps, TRACE.

The victims were said to have been taken to a private hospital in Sagamu, while the dead body was deposited in the morgue.

TRACE Public Relations Officer, Babatunde Akinbiyi, confirmed to Vanguard that the driver, during interrogation, said he had to do battle with some unseen forces, and that the struggle for control of the truck resulted in the accident.