A Minna Magistrates’ Court on Monday ordered the remand of a 51 year-old-man, Mohammed Kuyizhi, in prison for allegedly impregnating a 16-year-old student.

The Magistrate, Fati Auna, ordered that Kuyizhi, the Vice Principal, Government Day Secondary School, Tunga-Minna, be remanded after he denied committing the offence. 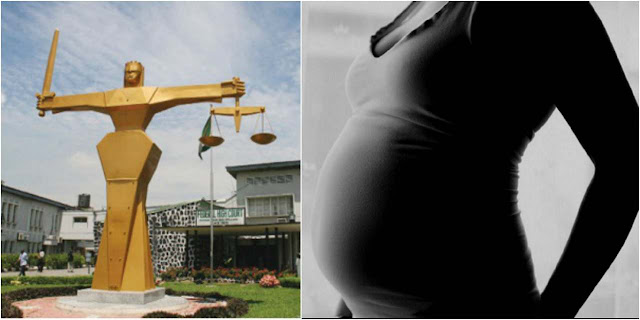 She adjourned the case till April 5 for further mention.

The prosecutor, Abdullahi Maiyaki, had told the court that the complainant, a

junior student in the school, alleged that the defendant had sex with her three times in his office.

“The defendant always give her between N50 and N100 for her transport after the sexual intercourse,’’ he said.

According to the prosecutor, the matter was reported to the Child Right Protection Agency by a teacher, after the girl’s guardian informed the school that her ward was pregnant for the teacher.

Mr. Maiyaki said that the accused admitted that he penetrated the girl, but did not release sperm and could not be responsible for the pregnancy.

Mr. Maiyaki said that the offence contravened Sections 19 and 25 of the Child Rights Act.