Leicester City and Super Eagles winger, Ahmed Musa has been arrested by the British Police for allegedly beating his wife.

According to The Sun Football, the 24-year-old was picked up at his home at 1am on Tuesday. According to neighbours, the police officers spent two hours at Musa’s five-bedroom detached property in the city’s Countesthorpe area. 10 hours later, two plain-clothed female officers returned to the apartment. 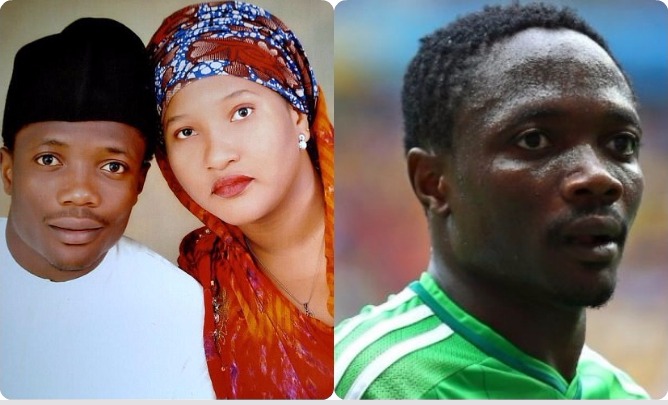 They spent another two hours taking a statement from his wife, Jamila, who has given birth to two children – Ahmed Jnr and Halima – for the player.

“You never hear noise coming from the house. I had no idea the police had been called there,” one of the neighbours said.

Police confirmed: “A 24-year-old man was arrested this morning at his home address near Leicester on suspicion of common assault.”

Meanwhile, last night, Leicester City said Musa will be quizzed about the “disturbance” when he returns to training on Thursday.

A club spokesman told journalists: “We are aware that Ahmed Musa has today cooperated with the a police inquiry relating to a disturbance in the early hours of this morning.

“The inquiry has since been closed and no further action is to be taken.

“We see no reason for formal action internally, though Ahmed will be given the opportunity to discuss the matter with football management when the squad returns.”

Musa was recently stripped of the Super Eagles captaincy.