Ex-Big Brother Naija housemate, Bally, who was recently interviewed by the thenetng, disclosed that Tokunbo Idowu a.k.a TBoss, was the housemate that irritated them (housemates) the most. Bally talked about the challenges of living with her.

Bally also reacted to TBoss' comments of spending the N25M cash prize in one week, while disclosing he is rooting for Efe to win. Here are excerpts from the interview; 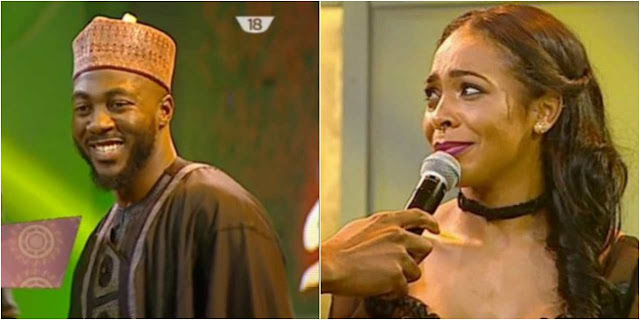 ‘I’m going to pursue my passion, which is being a DJ and music production. In the course of being in the house, people told me I had a nice voice, so I hope to use my voice for

one or two things, like hosting jobs or acting jobs, basically any opportunity that comes my way.’

On which housemate he misses most

‘I miss Bisola, because she was always there to disturb me and make me laugh.’

‘Never ever, I did not consider myself that way, if you noticed, I was close to a few other people like Gifty, in the house, so I don’t know why people are only asking me about Bisola.

‘I think she was the last person I was close to while in the house. After he left, she probably felt more lonely and decided to pitch her tent with me.’

He also clarified on his emotional attachment to Bisola

‘Not at all, I just had friendly feelings for her’

‘I always planned that whatever happened in the house wouldn’t have to get to that level, sex was completely out of it with Bisola.

‘Whatever we did was unplanned.’

On who he wants to win

‘I would like for Efe to win, because he was my closest guy in the house and I’m rooting for him.’

About the buzz over Tboss

'That’s surprising to me, It’s a surprising buzz because while we were in the house Tboss was probably the housemate that irritated us the most, she was the one that got on our toes the most i feel, Just because living with her is kind of hard.

On why he says she irritated him the most

‘She is a cool person to gist with and be friends with, but living with her was hard. She was quite fragile, makes a big deal out of small things.

‘I like her as a person, but living with her is a different ball game.’

He was then asked if he would spend the money ‘In one week like Tboss’, he said:

'Is that what Tboss said? That she will 25 million naira in one week? Kai! and she has fans'

Here's the video that has been irritating TBoss' fans;