#BBNaija: How True? Is This What Warri Billionaire, Ayiri Emami Who Promised Efe N50m Allegedly Do To Ex-housemate?


There were news that Warri based Billionaire Chief Ayiri Emami pledged to hand over 50million naira cash and a Brand new SUV to Efe of big brother house whether he wins the 25m or not, alongside other mouth-watering pledges.

A Facebook user, Innocent Tino, who doubles as a Forumger and triples as a model has taken to Facebook to call the pledges from the billionaire as a 'Fake Propaganda'. He wrote

'This is nothing but lie from the pit of hell . Ayiri even in his surplus days, was once rumoured to have said he will give Tayo of Big Brother Africa some 20million naira , if he lost the price money to Idris .Tayo eventually lost and was called to Warri the base of Ayiri, accompany by Tuface Idibia . Ayiri denied the story but still hosted Tayo and maybe parted with a little 'handshake' .

Yesterday, this devilish news came out. Someone somewhere has started this nonsense yet again, and many are buying . Thats the reason I never posted that news . I knew it was fake as fake itself. Or is this fake news coming always from the Ayiri camp for cheap popularity?

If you disagree, please show me the video where Ayiri said so and I will retract my statement .

Please all Efe fans should continue voting and disregard this news .' 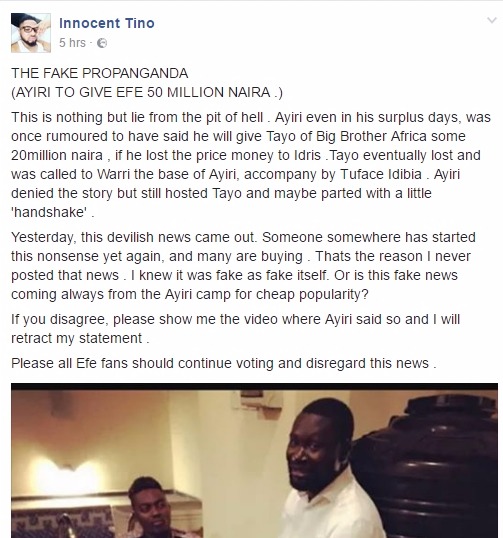 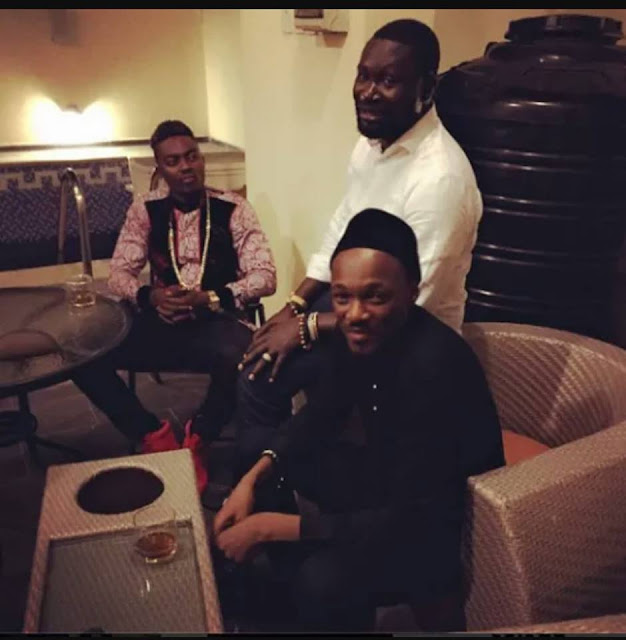 Do you think he will give Efe N50m?