I Stand By My Words, Meningitis Is Punishment From God -Gov. Yari Of Zamfara State (video)


Gov. Yari of Zamfara State, who suffered a backlash after he alleged that Meningitis which has hit most Nigerian States, is a punishment from God as a result of fornication, is not letting go of that claim.

Governor Abdulaziz Yari has responded to the comments made by Emir of Kano, Sanusi Lamido Sanusi, insisting that the comments were half-truth. He also maintained that the outbreak of the disease indeed has a spiritual undertone. 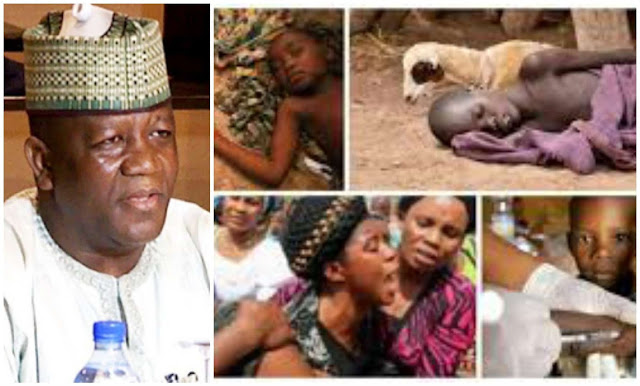 “I stand by my words that if people do not change, God will not change for them. Therefore, I will answer the Emir

perfectly and give him the Quran content of the Hadith where I belong to and where I have my fact.

For instance, I made mention that in the past we have Type A, which vaccines have been brought and they have vaccinated over 4 million doses in 2011. “We are now having Type B and Type C which they don’t even know. At the Centre for Disease Control in Chicago where we get our vaccines from, they only have 5 million,” he said. .

Recall that the Emir of Kano had on Wednesday, at the opening of the Kaduna State Economic and Investment Summit, criticised the statement credited to the Zamfara State Governor on meningitis, saying they were horrendous and “Islamically incorrect."