The legendary singer and youngest sibling of late pop superstar Michael Jackson, split from her husband just months after giving birth to her first child at the age of 50.

According to PageSix, while one source said it was an amicable split, another source says that Jackson felt that Al Mana had gotten too controlling during her pregnancy. 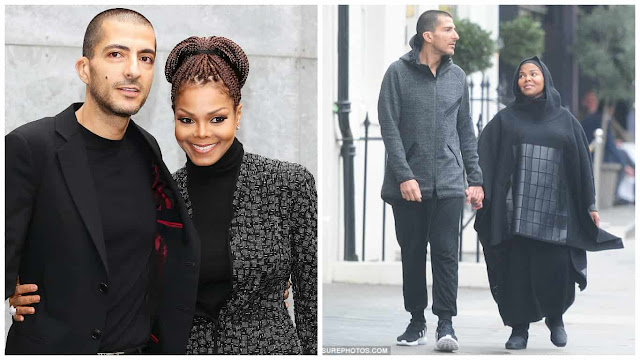 Jackson, who was previously married to James DeBarge and René Elizondo, Jr., quietly wedded the

Qatari businessman Wissam Al Mana in 2012 and their son, Eissa, was born on January 3.

A close friend of Ms Jackson told The Mail on Sunday:

‘Sadly, Janet and Wissam have decided that it wasn’t working and to go their separate ways. They’re both busy people but determined to be good parents, even if they’re apart. It’s amicable and Eissa will stay with his mother, who is basing herself in London.’A divorce settlement could be complex and costly as 42-year-old Al Mana, CEO of the multinational Al Mana business conglomerate, is estimated to have a fortune of around £800million – at least four times Ms Jackson’s net worth.