50Cent Punches Female Fan In The Chest During A Concert (photos)


American superstar rapper, 50Cent, known for having a brawl with his fans is at again, as he reportedly punched a female fan in the chest during a recent performance.

It was gathered that the incident happened during his performance with The Lox At Baltimore Soundstage,  when he tried to shake the hand of a fan in the crowd. 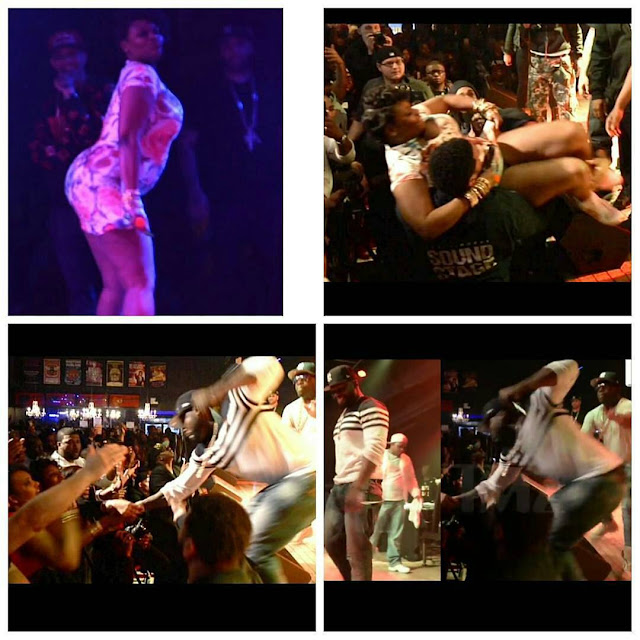 It is alleged that the female fan grabbed his arm, causing him to fall forward as she pulled him down, resulting to him punching the lady.

However, following the incident, 50 Cent invited the woman up on stage.

The woman, who was dressed in a short flower patterned dress, was helped on stage by security. Once on the stage, she turned around and started twerking for the crowd. This is not the first time the 41-year old singer has had run ins with fans.