The bride who failed to show up for her wedding ceremony on Saturday in Ondo town, Ondo State , Miss Taiwo Orimoloye, has called her parents from Osogbo, the capital of Osun State , according to a source close to the family.

Taiwo failed to show up for the church service on her wedding day, disappointing her husband to-be who she dated for 7 good years and many guests who attended the wedding.

Her parents and the family of the groom knew nothing about her whereabouts. 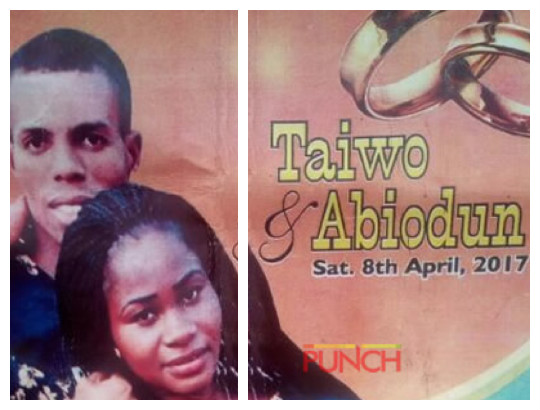 DailyTrust now reports a resident of Christ Land area in Oka , Ondo, where Taiwo’s parents live, on condition of anonymity disclosed that the ‘runaway’ bride had called her parents on a different telephone line, informing them of her whereabouts.

“ She has called her parents on a telephone line on Monday where she told them that she was in Osogbo. Her call, as a matter of fact has doused the tension in her family.“ Everybody in the family is now happy that she is alive hale and hearty. ”" But the reason for action is still unknown to us and we did not know what she discussed with her parents. Her father has gone to meet her in Osogbo and we believe all is well with her."He however denied the report that the bride eloped with another man because she didn’t want to marry her long-time fiancé.

"What really happened on that day , we don't know yet but I am sure Taiwo did not elope with another man, she is a good and devoted Christian, she has a good Christian background, her father is a founder of a church, she is not a wayward girl.”