A rogue police squad in Edo State has serially brutalized Professor Sunday Edeko, a Professor of Law, with cutlasses, hammers and teargas for daring to ask questions. The incident happened in the morning of March 13, 2017. 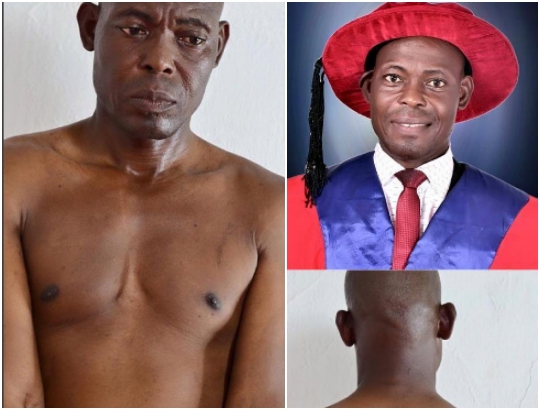 He was reportedly brutalised for over six hours like a common criminal and ended up in the hospital.

He had seen a young boy he identified as a relation of the former Speaker, Edo State House of Assembly, Thomas Okosun, in a parked police van, which made him slow down and asked the boy what he was doing in the van.

The question was all that the rogue police squad needed to use cutlasses, hammers, teargas, their boots, blows and slaps on him, claiming they were directly from the Commissioner of Police, Mr. Haliru Ugwandu’s office and acting on his command.

Narrating his ordeal to THISDAY, Edeko said before the boy could reply, an armed man who was not on police uniform told him to get away. “Without even giving me time to move or offer an explanation, he used a hammer to hit my right hand.

That was their first assault against me. I managed to park the car some metres away and alighted from the car. At that point, about 5 armed men who were not in police uniform advanced towards me. I clearly introduced myself.

All my attempts to explain that I am a law-abiding community leader fell on deaf ears. They started the second stage of their assault on me. They descended on me with hammers, cutlasses, tear gas, hand and foot. They brutalised me and inflicted injuries on my back, hand and leg.”

He said while the Academic Staff Union of Universities and the Nigerian Bar Association have taken some steps over the matter, he has petitioned Zone 5 Police Headquarters and feels ashamed over what a section of the police has turned into.

Edeko called on Pres. Buhari, the I.G of Police, the Police Service Commission, and well meaning Nigerians to help him fight for justice and stop police brutality and the bad image of the police which the new Inspector General was trying to do. 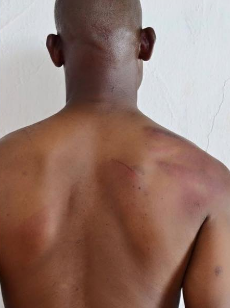