A woman, who had gone to police station to report a robbery attack on her shop in Aba, Abia State, luckily met one of the robbers being paraded with her gold wedding ring on his index finger.

The woman was one of those attacked by the robbers along Factory Road, where they carted away bags of rice, crayfish and mobile phones, before the police got a distress call. 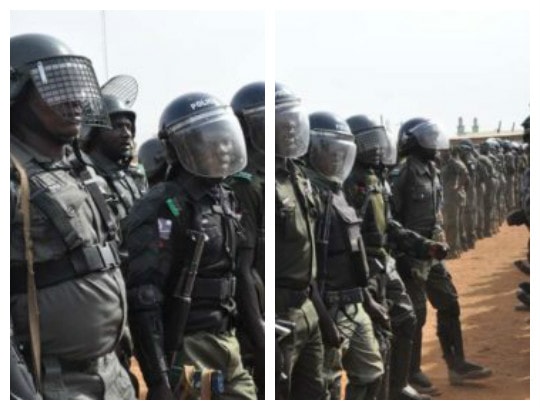 Briefing the media, Abia State Commissioner of Police, Leye Oyebade, said the police got a distress call that some hoodlums were robbing people along the railway crossing and mobilised to the area.

On sighting the policemen, the robbers opened fire and in the ensuing gun battle, two of the robbers were gunned down, while three escaped.

one of the gunmen was later arrested as he went to seek medical attention at an undisclosed location in the city.

He said while the arrested robber was being paraded at the Aba Area Command, a woman who came to report the robbery on her shop, identified a gold ring on the robber’s finger as her wedding ring, adding that the robbers took her money including bags of crayfish and jewelleries.

A Toyota Corolla car with number plates, Lagos EPE 568 EM; a Toyota SUV, with number plates, Enugu DR 413 ENU; three locally-made pistols, nine mobile phones, three bags of crayfish, a copy of the Holy Bible and an undisclosed amount of money were recovered from the suspects.

The CP urged residents of the city to volunteer information to the police, assuring that the Police Tactical Response Squad in the state are fully equipped to respond to distress calls within few minutes of receiving information.