About 100 Deeper Life members who were passengers of a LAGBUS, conveying members of the church from the church's camp back to Lagos, escaped death, as the bus caught fire.

It was gathered that the incident happened on Sunday, on Otedola Bridge, Berger area of Lagos, Southwest Nigeria, after the bus took off from the Deeper Life Conference Centre, DLCC, Km 42, Lagos-Ibadan Expressway after the end of the four-day retreat.

The Officials of the Lagos State Fire Services and the Lagos State Emergency Management Agency, LASEMA arrived the scene on time to rescue members, before the LAGBUS was burnt in the inferno. 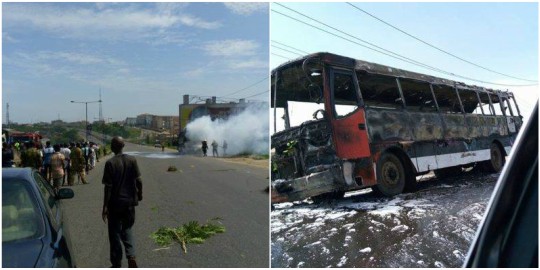 An eye witness alleged that the bus was filled to capacity with members when it caught fire, but that no life was lost. He further said the bus might have caught fire as a result of over heating.

According to him, several members abandoned their luggage so as to escape, to

avoid being burnt in the inferno, saying that there was frantic scampering for safety by the passengers.

PM News reports that the source added that officials of the fire servicemen arrived on time, to assist in evacuating the passengers from the burning bus.

He said when church's members suspected that a fire was about to be ignited, they asked the driver to stop and that when he did, they found every available means of escape before the fire fully engulfed the bus.

Members were said to have gathered at one side of the road singing praises to God, for saving them from being burnt to death after they just left an inspiring retreat, where Pastor Williams Kumuyi of the Deeper Christian Life Ministry prayed for the for God’s blessings and that they would not die untimely.

Director, Lagos State Fire Service, Rasak Fadipe said his men arrived the scene on time and were able to rescue members and confirmed that life was lost.

A LASEMA official who craved anonymity also confirmed that no life was lost but that the bus burnt completely. 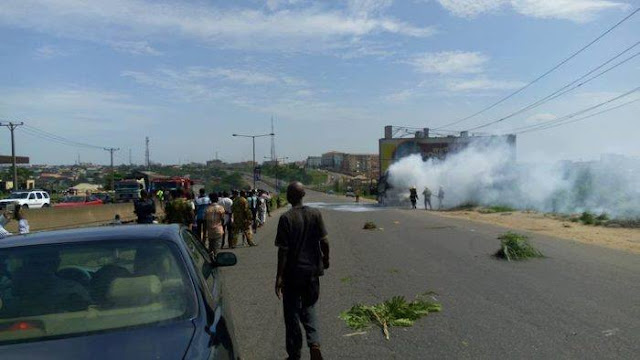 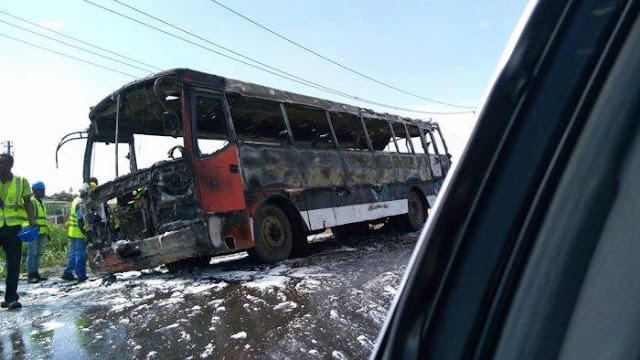 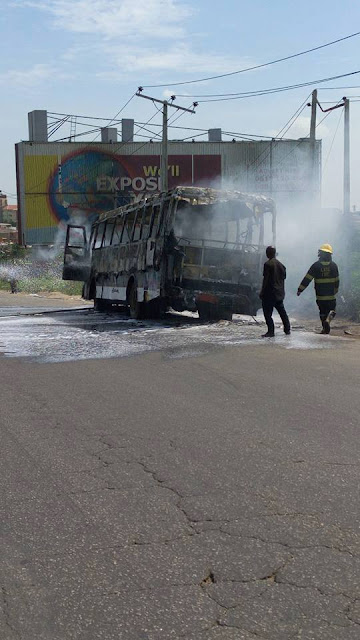