Wanted South Africa based Nigerian Pastor, Tim Omotoso, who was accused of sleeping with over 30 female members have been arrested. The Pastor who went into hiding after South African Broadcasting Corporation 3 (SABC3), reported that the police had received several petitions that Pastor Omotosho, the General Overseer of Jesus Dominion International based in Durban, was arrested and paraded round an airport where people gathered to cheer the police. 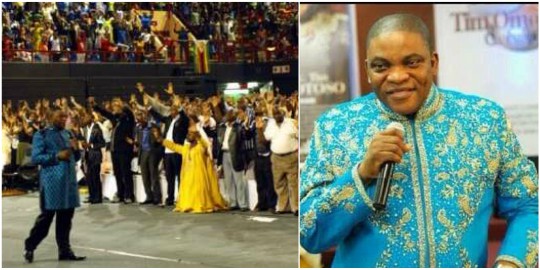 It was gathered, that he had been abusing young girls at his Umhlanga home, and

when a warrant was issued for his arrest, he reportedly skipped and has been in hiding. It was also alleged that all three cell phones linked to him was deactivated.