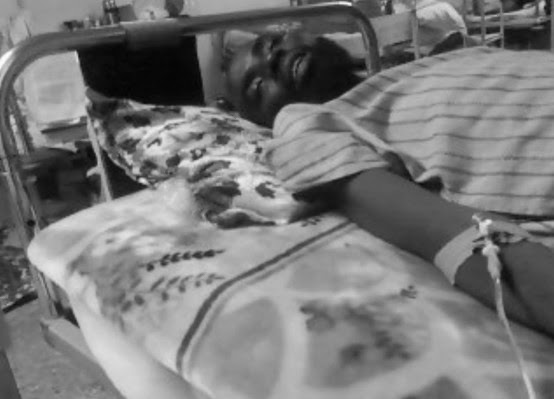 â€œShekau was mortally wounded in the encounter â€” on 30

June, when soldiers raided a Boko Haram base at Sambisa

Forest â€” and was sneaked into Amitchide â€“ a border

community in Cameroon for treatmentâ€¦ It is greatly believed

that Shekau might have died between 25 July to 3 August

Relations (CFR), an expert on Nigeria, Jacob Zenn writing for

videos of Boko Haram leader Shekau. His words, â€œIn the

to Shekauâ€™s, however, including threats to Obama, Hollande,

Nigerian school.â€™ The video was never released but a still

image from the video, seen on the Yahoo hosted news link

below was clearly a Photoshop fabrication, supporting

evidence that imposter videos of Shekau were the new

There have been no new

videos of Boko Haram leader, Abubakar Shekau that have

been released through the usual channels to Nigeriaâ€™s media

used prior to his stated death. All new purported videos have

surprisingly come from a single source, France news, and

have been released as 10 second clips, sometimes of old

videos with superimposed vocals. One that was released in

August, which was determined fake, had a rather chubby

â€˜Shekauâ€™ quickly chew his stick as a sort of proof, after

that a prior release was fake because among other things,

Shekau did not chew his stick. It was likewise just a ten

The most recent video said to have been released by the

same foreign media this February 20th in which the cult

leader was said to have threatened two Nigeria former

Shehu of Borno, Emir of Kano and Nigeriaâ€™s refineries came

from the same single French media source and again, two

days after, the purported video has again not been released

The Nigerian media has been rather unprofessional in

copies of the videos to confirm their authenticity. With the

gullibility and eagerness of most Nigerian news websites to

are usually never even released and mischievous

misinformation that threatens the sovereignty and security of

Nigeria are easily redistributed for whatever reasons.

Shekau loyalists may be at the head of transmitting these fake

Unfortunately we cannot rely on foreign media to work in the

best interest of Nigeria, vetting and scrutinizing actual or

purported videos. They too seek relevance and publicity hits.

indigenous media who need to take a minute longer to

crosscheck reports before releasing these. Every error costs

Boko Haram is a serious and real threat, however media

and foreign who may not have Nigeriaâ€™s best interest at

heart. Essential to combating the threat of terrorism is not

only economic and military approaches, but the media role in

careful dissemination of factual information that does not

further the cause of the terrorists.

It was noted that during the recent attacks on Bama and

which claimed mostly Muslim lives, as an attack on a

dangerous misrepresentation of the facts of the attack, which

were later corrected by accurate reports from the ground

and state governor, constitute a threat to Nigeria and careless

innocent victims, and killers are killers. Counting the dead by

religious markers is not a matter of news for civilized

humans and worse yet should not be misreported as

occurred. Nigeriaâ€™s media must watch this, not to be used as

As far as Nigeria is concerned, Abubakar Shekau is dead or

indisposed. If he is still alive, we challenge him to produce a

10 minute, clear video in which he walks, gestures and talks,

as he used to do prior to reports of his death earlier last year.

Shekau should also release this video to multiple sources in

its original form and not through a single foreign channel.

The Nigerian government must take the threat of Boko

Haram terrorism seriously. In May of 2012, the Jonathan

government promised to release the list of Boko Haram

sponsors. This should be done immediately if the safety and

security of Nigerian citizens and military men and women is

regularly updated list of sponsors of terror and wanted

terrorists. Usually the few suspect names ever known are

those released by foreign intel. This is terribly wrong.

pursuing terrorists and their sponsors, but in properly,

promptly and adequately informing the general public on

such matters of national security. The war against terror

must be conducted with the people.

supervised, audited purchase of military equipment as it is

equipment to execute its duty, safely and efficiently. The

people are losing faith in the capacity of the government to

protect life as was stated again by the Shehu of Bama.

Hundreds of lives are being massacred, women raped and

ravage our border towns patiently in operations that last as

long as 8 hours, like the recent one at Bama and Izghe.

It is also appealed that foreign governments who know

action against them and their investments abroad, in the best

interest of the Nigerian masses who are dangerously