How Obama Helped Buhari Defeat Me In 2015 Election – Jonathan


Former President Goodluck Jonathan has claimed that he lost the 2015 presidential elections, because of a conspiracy between the USA, Britain and France. (DailyPost) 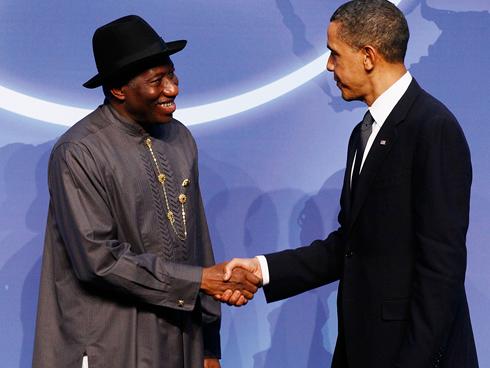 He said: “President Barack Obama and his officials made it very clear to me by their actions that they wanted a change of government in Nigeria and we’re ready to do anything to achieve that purpose. They even brought some naval ships into the Gulf of Guinea in the days preceding the election.

“I got on well with Prime Minister David Cameron but at some point, I noticed that the Americans were putting pressure on him and he had to join them against me.

“But I didn’t realise how far President Obama was prepared to go to remove me until France caved in to the pressure from America.

“But weeks to the election, he had also joined the Americans in supporting the opposition against me.”

On why Obama was not confident in him, Jonathan said, “There was this blanket accusation that my body language was supporting corruption, a line invented by the opposition but which the media and civil society bought into and helped to project to the world. That was the same thing I kept hearing from the Americans without specific allegations.”

Jonathan also admitted that Buhari’s administration was doing a better job on the fight against insurgency.

“What is happening now with regards to Boko Haram was the same thing that happened to me regarding Niger Delta militants in 2007.

“I did my best and so did the military, though I can understand if there is greater commitment to the fight now than in the past. In my time, Boko Haram said they were fighting an infidel government. That naturally has to change since they cannot also call Buhari an infidel.

“There is a feeling of ‘our man is there now’ that you cannot discountenance. It was the same feeling with me with the Niger Delta militants at the initial stage in 2007,” he said.