What Allegedly Transpired Between Toyo Baby And Funke Akindele


TNS can confirm that Funke Akindele and Juliana Olayode, who plays Toyo Baby on Jenifa’s Diary, have parted ways.

According to TNS, Funke Akindele removed Toyo Baby from the series over what the latter termed ‘bad pay’. 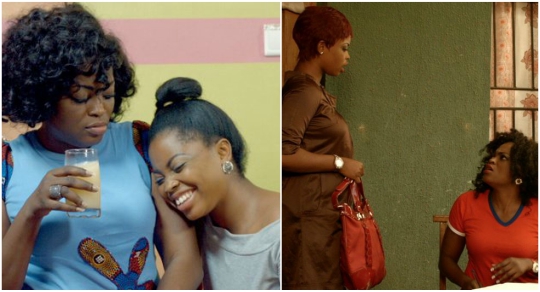 A source revealed that Toyo Baby was cut off from the widely watched TV series for requesting an increment in pay which didn’t go well with Funke Akindele who feels she’s an ingrate being that Olayode rose to stardom through her appearance on the widely-watched show.

Sources close to SceneOneProductions, producers of Jenifa’s Diary, further revealed to TNS that the producer of the show, Funke Akinkele via her production manager and younger sister – Abimbola – pays actors between N3,000 and N150,000 (per episode/season of the show) depending on the role.

An actress who spoke to TNS under the condition of anonymity via text message narrated how she was paid what she termed ‘peanuts’ by Akindele’s team after being part of an all-night party scene on Jenifa’s Diary.

I got a text message from Sceneone Productions that I had been selected to act on Jenifa’s Diary and I will be part of a party scene. I was so excited that I told my entire family about it. Mind you, it wasn’t my 1st time acting but d feeling of being on Jenifa’s diary was a big deal for me. I was asked to come with 5 different party costumes. Location was Amen Estate, Eleko.

After filming with over 30 girls the whole night, Funke came to address us and advice that money shouldn’t be our priorities at this stage; that was when it occurred to me that something awkward was about to happen….just then, the Production Manager, Mr Osmond whispered something to Funke’s sister, Abimbola & she started paying us each 3K. Can u imagine?, 3K for all night shoot!…on Jenifa’S DIARY!… I was so mad, some of us had to turn down the money shaa….couldn’t face my mom to explain to her wat happened the next morning.

According to our findings, actors Lota Chukwu, Omotunde Lolo 1, Falz D Bahd Guy (who has also left the show) and Olayode are the highest paid actors who take home 150k per season.The rest take home much lesser money.

Stars like Tiwa Savage, Toke Makinwa and others who have had cameo appearances on the show reportedly got between 100k and 300k for ‘showing face’.

You will also note that Juliana was absent at events and parties that held at Funke’s house in Lekki.

Funke and Juliana have also unfollowed each other on their social media accounts.