A Federal Polytechnic, Bauchi student named Auwal Shehu, has been found dead in front of one of the school’s hostel.

One of the polytechnic's students said students woke up on Tuesday to find the victim lying lifeless in front of the boys’ hostel.

“We were confused to find the student’s dead body in front of the hostel. We did not know what killed him, but we reported the incident to the management,” he said. 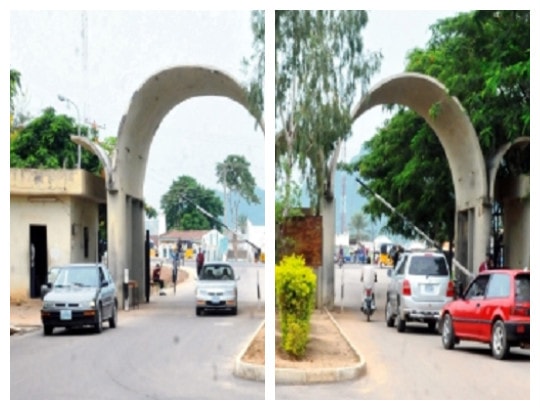 Details of the cause of the student’s death appeared sketchy, but Punch reports a source told them the victim fell off the second floor of the hostel while reading in the night.

Another source, however, said the student slumped and died while returning to the hostel from one of

The Deputy Rector of the institution, Sanusi Gumau, confirmed the incident to Punch, but dispelled the report that the student fell off the second floor.

According to him, preliminary investigation showed no sign that the deceased fell off “a high-rise building”.

“I got a call from one of the school cadets at about 5.30am on Tuesday informing me that a student was found dead in front of the boys’ hostel.“Our medical unit did a physical check on the student and confirmed that he had indeed died. There is no truth in the report that the student slumped and died while returning from class in the night. He also did not fall off any high-rise building. Physical check showed no sign of injury; nothing,” he said.Gumau said the chief security officer of the school reported the incident at the Yelwa Police Division.

“The police took the corpse away to the Abubakar Tafawa Balewa Teaching Hospital, Bauchi, for an autopsy,” he added.The deputy rector also said the family of the deceased had been contacted. He added  that the deceased was to sit for two papers in the ongoing exams on Tuesday before his untimely demise.

“His roommates said he only told them that he was going out that (Monday) night. They said he didn’t tell them exactly where he was going to. Because of the exams going on in the school, students can move around anytime of the day.”He said the cause of the death was not known because the parents of the deceased insisted that the corpse be released to them for burial.

The dean said a team comprising the school security men, members of the Student Union Government, Muslim Students Society, and his (Sheu’s) state association accompanied the corpse to Jigawa State.