‘Our Daughter’s Husband Killed Her For Evil Purpose’


The family of a Lagos teacher, Mrs. Titilayo Shodipo, who was allegedly killed by her husband, Omolaja, in the Ikorodu area of the state, have said the suspect might have killed her for an evil purpose.

Her mother, Maria Ahinaje, called on the police authorities and the state government to arrest the suspect and bring him to justice.

Omolaja, 40, and the late wife had been married for the past seven years and had four children together. The relationship was said to have been fraught with disagreements and fights. 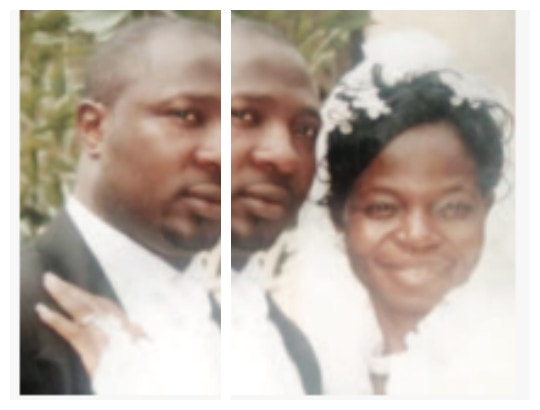 It was learnt that last Monday, the suspect allegedly beat up his wife and stabbed her to death after another disagreement at their home on Insurance Crescent, Logunlogun village, Igbo Olomu, Ikorodu, Lagos State.

Punch reports neighbours were said to have found the 39-year-old in a pool of blood, after which

policemen from the Owutu division were invited.

The corpse was moved to the Ikorodu General Hospital mortuary, while the suspect was declared wanted.

The family of the deceased on Friday told Punch that they had asked Titilayo to quit the relationship but she refused because of her children.

Her mother, Maria, alleged that Omolaja was a drunk and an absentee father, adding that they were the reasons for most of their disagreements.

“My daughter endured seven years of hardship and pain. When they started their relationship, I told her not to marry him, but she said she loved him.“When they got married, he started beating her on a regular basis. He drank a lot and had extra-marital affairs. He would buy little foodstuffs for the family and when the food is exhausted, my daughter and her four children would start begging for food on the street.“Most times, I had to send them foodstuffs and send money into her account for them to survive.”She explained that when Titilayo was pregnant with her second child, Omolaja assaulted her.

Maria, who said their family hailed from Ipokia Local Government the Area of Ogun State, and not Benin Republic, said the deceased left Omolaja and started living with her then.

“One day, she said she wanted to visit her family clinic in Ikorodu. Her father said she should use our hospital in Ketu and even gave her N3,000, and she agreed.“Before we knew it, she called her father and said she was not returning again because her in-laws had intervened and persuaded her to return to her husband.“I stopped going to their house three years ago because my daughter told her husband bad things about me, saying I didn’t encourage their union. Because of that, the man started misbehaving towards me.“He probably used my daughter for evil purpose before stabbing her to death.”She told Punch that the couple’s four children had been taken by the suspect’s elder brother, urging the government to take custody of the kids.

Titilayo’s father, Apostle Simeon Ahinaje, said although the family wanted justice for the deceased, it was not ready to pursue any case.

“We want government agencies to do their jobs and prosecute the suspect. The law should take its full course. They should find him and deal with him. However, we have decided not to pursue any case; we have handed over judgement to God as true Christians. Nothing will restore the life of our daughter,” he added.He described Omolaja as a “hoodlum” who did not deserve his daughter, adding that like the mother, he also warned against the union.

“But when our daughter insisted on marrying him, we had to let her have her way,” he said.PUNCH Metro reports that their efforts to reach Omolaja on his mobile phone were futile, as the line was switched off.

The state Police Public Relations Officer, ASP Olarinde Famous-Cole, said investigations were ongoing into the case, adding that the command was still searching for the suspect.