Sinzu aka Sauce Kid aka SMG, one of Nigeria's most talented rappers, had been radio silent on his social media handles for over 5 months now.

Yesterday fans were shocked when his friend, rapper Willy Bang posted a never-before-seen 2016 mugshot of the rapper and captioned it: 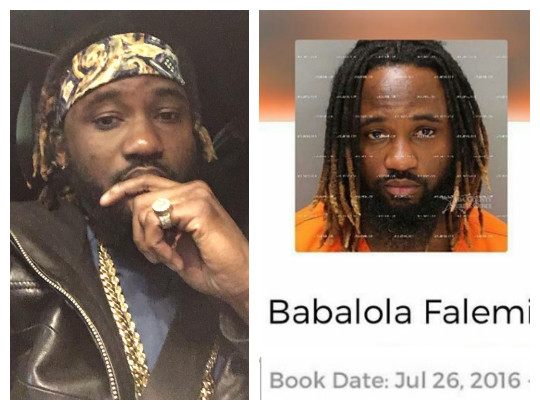 In the post which Willybang has since deleted, Saucekid's mugshot was booked on the 26th of July, 2016 in Idaho, Ada County Sherriff's Office allegedly for Grand Theft.

Hours after the photo went viral, Saucekid has reacted to the scandal. According to him, his family, friends and fans are the last people he wanted to disappoint right now, so he kept things on a need to

know basis with those in his immediate circle. However, he's taking care of what's important right now, and working on new music as usual.

This isn’t the first time Sinzu has had problems with the US authorities. Back in 2014 a mugshot emerged online showing that he had been arrested for forgery and unlawful possession of a firearm in 2013.

Read his full statement below:

My family, friends and fans are the last people I wanted to disappoint right now, so I kept things on a need to know basis with those in my immediate circle. Paparazzi fans took it upon themselves to wish me well, thanks. I am taking care of what's important right now, and working on new music as usual. Heard these streets been dry anyway. Industreet vol 2 coming soon 🔥💯. #Sinzu100Gang I appreciate all of you. #Industreet #SMG #SinzuMusicGroup 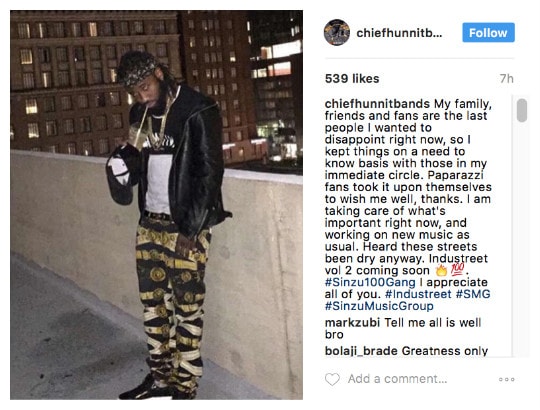