Lanre Gentry, the estranged husband of Nollywood actress, Mercy Aigbe, will appear in court today, following a case of physical assault brought against him by the Lagos State Department of Domestic and Sexual Violence Response Team, DSVRT.

A fight between the couple allegedly led to her bleeding, a situation which informed her decision to storm the office of the Lagos State Women Affairs and Poverty Alleviation Commissioner, Mrs Lola Akande, on Tuesday, to report the matter. 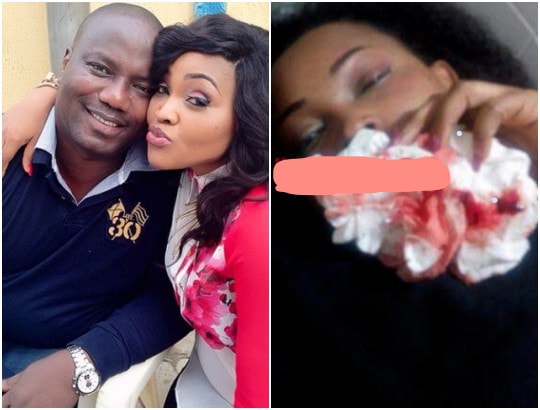 Mrs Akande handed over the case to the state Ministry of Justice. The Commissioner said:

“I must commend Mercy’s courage, because what she did is what other women who are victims of domestic violence out there need to do. They don’t need to hide it, except they want to die.” On her part, Coordinator of DSVRT, Mrs. Titilola Vivour-Adeniyi, said the a restraining order obtained against Gentry prevents him from getting close to his wife until further notice, assuring that government would pursue the case to a logical conclusion.

Mercy Aigbe’s seven-year-old marriage crashed after photos of her battered face went viral on the Internet last weekend, as she accused her husband of physical assault.