Critics of the cover’s choice of model took their opinions to Vogue India’s social media accounts and asked the magazine why it couldn’t find an Indian model to celebrate the anniversary. 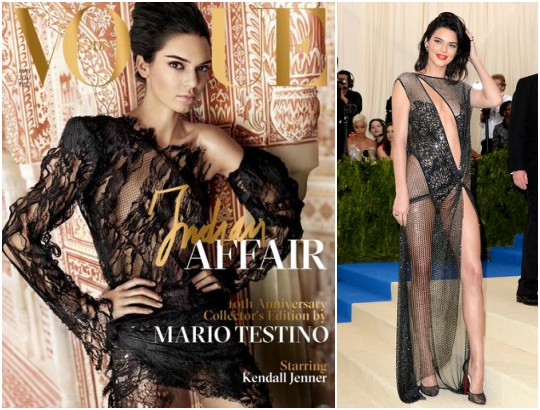 Most critics argued the same point: Vogue India, a fashion magazine for Indians, appeared to be valuing white beauty over Indian beauty.

Her controversial Pepsi campaign came under fire earlier this month and it seems that things aren't getting better for Kendall Jenner.

The model-of-the-moment, 21, was chosen as Vogue India's 10th anniversary cover star - but fans of the fashion bible aren't happy.

Men and women quickly took to social media to discuss how 'disappointed', 'disgusted' and 'shocked' they were that the title had selected Kendall to grace its cover over an Indian model.

One woman took to Twitter to share her outrage, writing: 'Vogue India really put Kendall Jenner on their anniversary cover over an actual Indian model. I don't know whether to laugh or cry,', whilst another called for the magazine to 'stop whitewashing everything.' 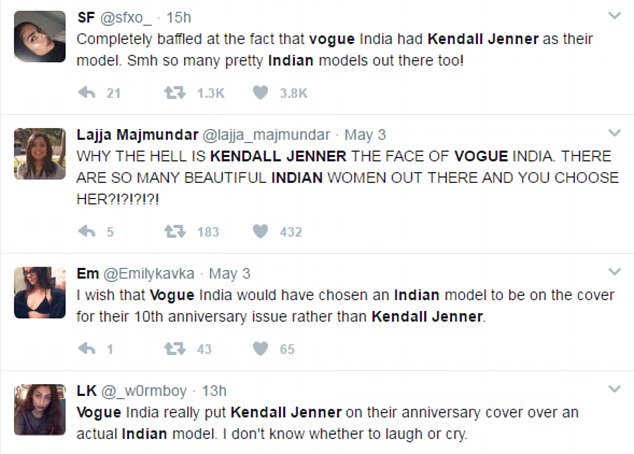 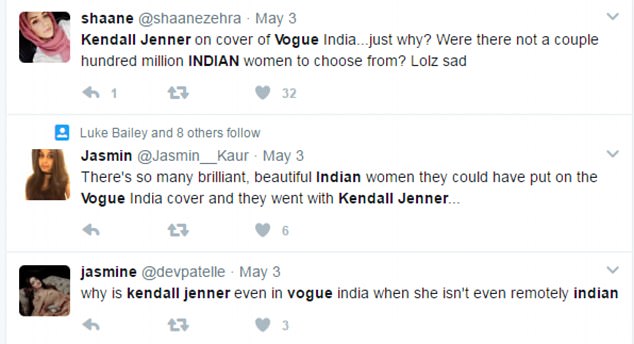 Plenty of social media users made their own suggestions for alternative cover models, including Priyanka Chopra, Deepika and Neelam Gill.

The users also made reference to Vogue Arabia choosing Gigi Hadid as the cover star of its first-ever issue, which came under fire.

Kendall's best friend was accused of 'cultural appropriation' by furious commentators who were unhappy about her sporting a veil in the magazine shoot.

The supermodel, who is half-Palestinian and whose father is Muslim, sparked a backlash on social media with some accusing her of reducing the hijab to a 'fashion statement'.