According to DAILYPOST, The commission has named Mrs. Folashade Oke, the wife of the suspended Director General of the National Intelligence Agency, NIA, Ayo Oke as the owner of Flat 7B, No. 13, Osborne Road, Osborne Towers. 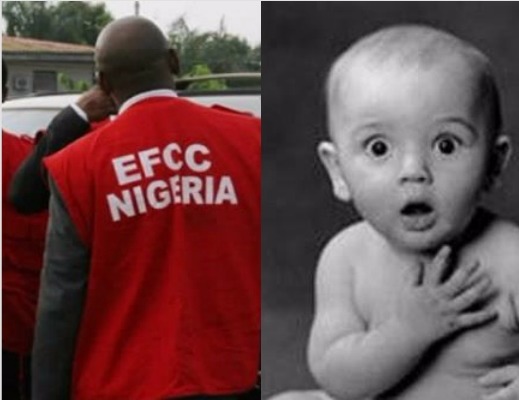 Recall that the agency had laid claim to the money.

The agency further said she purchased the property in the name of a company, Chobe Ventures Limited, to which she and her son, Master Ayodele Oke Junior, were directors.

Payment for the purchase of the flat was said to have been made to one Fine and Country Limited.

The EFCC stated that Mrs. Oke made the cash payment in tranches of $700,000, $650,000 and $353,700 to a Bureau de Change company, Sulah Petroleum and Gas Limited, which later converted the sums into N360,000,000 and subsequently paid it to Fine and Country Limited for the purchase of the property.

The EFCC on Friday tendered the receipt issued by Fine and Country Limited to Chobe Ventures Limited as an exhibit before the Federal High Court in Lagos, where it is seeking an order of final forfeiture of the recovered money to the FG.

In an affidavit filed before the court, a Detective Inspector with the EFCC, Mohammed Chiroma, stated that “Chobe Ventures Limited is not into any business but was merely incorporated to retain proceeds of suspected unlawful activities of Mrs. Folashade Oke.”

While urging the presiding judge, Justice Muslim Hassan, to order the permanent forfeiture of the funds to the FG, Oyedepo argued that the fact that Flat 7B, Osborne Towers was purchased in a criminal manner, made the N13bn recovered therein “extremely suspicious to be proceeds of unlawful acts.”