An 85-year-old ex-Gurkha who was attempting to reclaim his title as the world’s oldest person to summit Mount Everest died at base camp on Saturday.

Min Bahadur Sherchan was on a bid to reclaim a title that he lost to Japanese mountaineer Yuichiro Miura in 2013. “He passed away at the base camp today at 5:14pm,” Gyanendra Shrestha, an official with the tourism ministry who is at the 5,380 metres (17,600 feet) camp, told AFP. 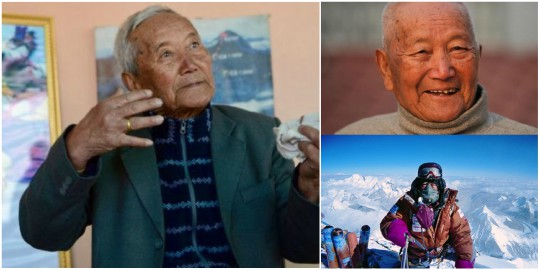 Speaking to AFP this year before returning to Everest, the slightly hard of hearing grandfather said he just wanted to prove to himself that he could still make it to the top of the world.