Video: Lady Curse Lagos Fire Service For Not Coming To Her Aid Two Hours After She Called In


An angry who lost everything in a fire incident that occurred in Oasis Garden Estate, Lagos, has made a video, cursing a heartbreaking video cursing out Fire service officials who kept telling them 'they're coming, they're coming', and PHCN Officials for not coming to their aid, two hours after she called in for help. 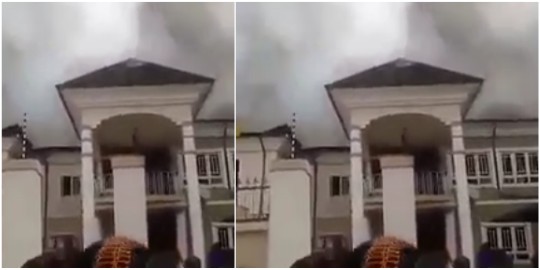 According to the lady, she called for help from the Nigeria Fire Service, but the officials