3 men who reportedly lured a 16-year-old girl in Gwarimpa area of Abuja to attend a modelling and abducting her after she came around on 18/04/2017,, have been arrested. They were arrested after they released the abducted girl, after a ransom of N400k was paid on 20/04/2017.

It was gathered that 24-year-old Edache Echoga, the gang leader and  native of APA in benue state was arrested at kubwa area of Abuja. He confessed to the crime and admitted receiving #200, 000 as his share. 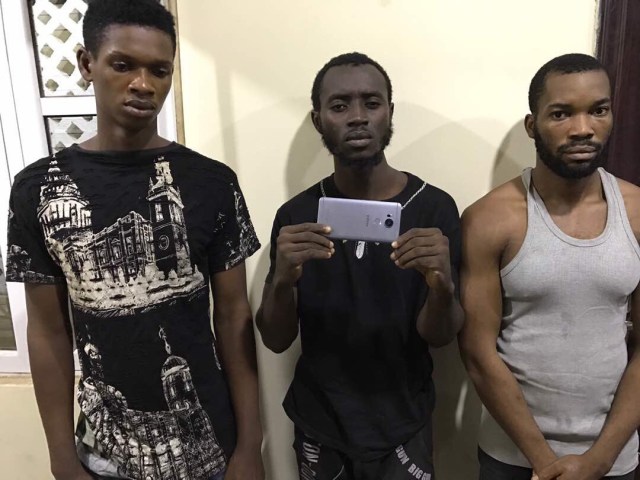 were arrested in Lagos state on 23/4/17 after they traveled to spend the share of their ransom.

According to SayNaija, exhibit recovered from the first time kidnappers includes the phone of the victim which was used in the ransom negotiation and jewelries of the victim.