A 49-year-old Chinese mother of one has left most people dumbfounded with her extremely young and beautiful look. You would think she just turned 18.  Liu Yelin, who is almost clocking 50, still looks so young that when she is with her 22-year-old son people think he is her boyfriend.

More than three decades later, the ex-librarian, who has already retired, doesn't look much older. With glowing skin, a super-toned body and not a single wrinkle in sight, China-born Ms Liu has stunned millions of people with her incredibly youthful looks. 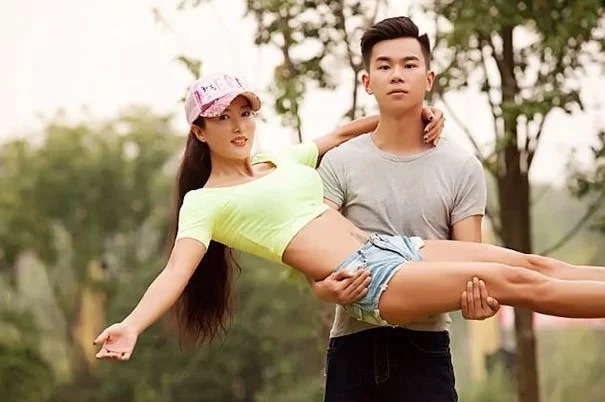 'Whenever I went shopping and told people my real age, I often got mobbed by strangers who wanted to find out my secrets.' Ms Liu then shared with us her motto: 'If you think you look rough, that's because you haven't sweated enough.'

The confident and energetic retiree said her age-defying appearance has caused her headache. People who don't know her often mistake her son, 22, for her boyfriend.

Ms Liu said once she went to attend a friend's wedding with her son, who works as an assistant at a film production company. She was pestered by many guests who wanted to find out if the 22-year-old was her new partner.

Although the active mother has enviable olive skin and flawless complexion, she claimed that she rarely uses cosmetics.

Instead, Ms Liu, a fitness fanatic, attributes her youthful looks to the regular exercise she's kept to for three decades.

'I swim in the lake and do weight training every day,' she said. 'My favourite thing is swimming outdoors in winter.

'When everyone was wearing down jackets, I had to strip down to my bikini and dive into freezing water. It's a test for my will and perseverance. I often had to force myself to do it.' 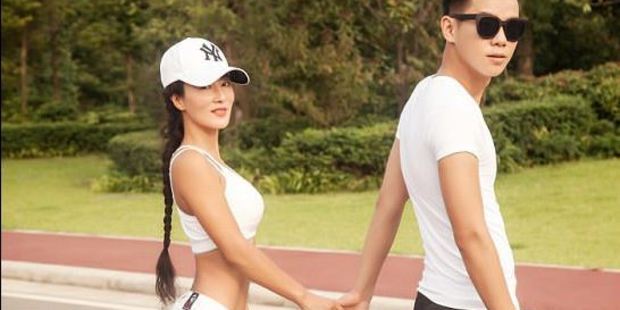 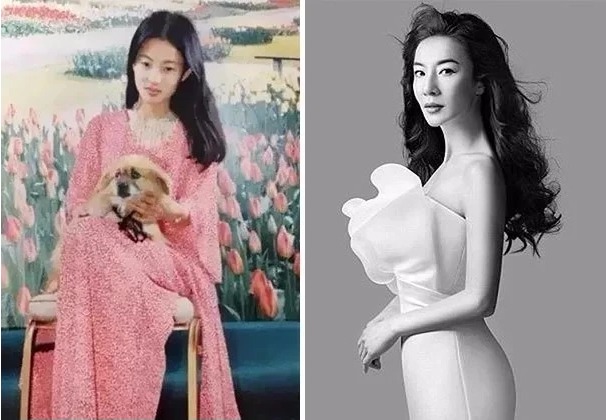 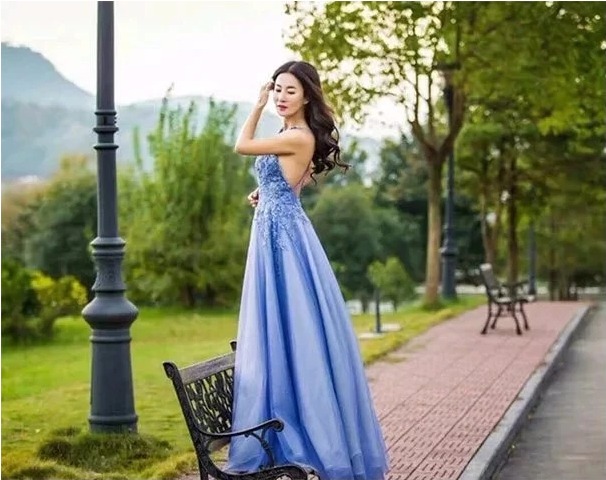 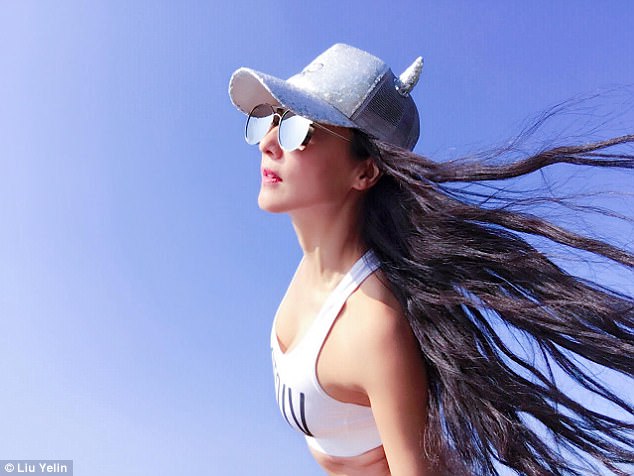 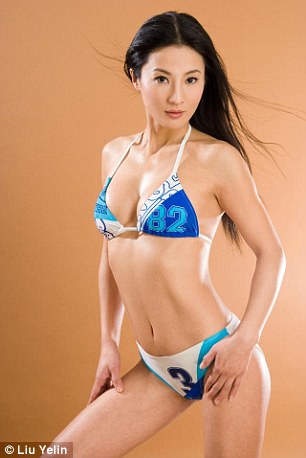