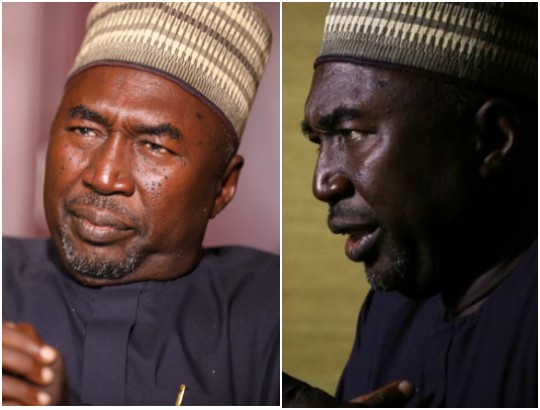 Novelist and writer Adaobi Tricia Nwaubani in this report by BBC profiles the lawyer who recounted how the breakthrough was accomplished. “One of about seven Boko Haram militants, who accompanied them, went from woman to woman asking: “Throughout the time you were with us, did anyone rape you or touch you?” Mr Mustapha said, adding that each of them replied in the negative.

When Mustapha arrived for the handover, after three years in captivity, a militant read out the girls' names from a list. One by one, the abducted schoolgirls, now women, lined up along the outskirts of a forest near Kumshe town, on the border between Nigeria and Cameroon.

"I went ahead of the Red Cross. They [the militants] brought the girls to me," he said, adding that the girls started singing for joy when they got into Red Cross vehicles. Previous negotiation attempts had failed, with different groups coming forward, each claiming to be the militants in possession of the missing schoolgirls.

It was Mr Mustapha who succeeded in convincing the Nigerian authorities that this particular group should be taken for what they say. His role as a mediator dates back to his founding the Future Prowess Islamic Foundation School in 2007, to provide free Islamic-based education to orphans and the poor.

When the Boko Haram insurgency erupted in 2009, the school offered admission to the children of soldiers and government officials killed by the militants, as well as those of militants killed by the state.

He then sought the assistance of the Red Cross (ICRC) which began providing free meals to the pupils. He also encouraged parents to form an association which would reach out to other widows and convince them to send their children to his school.

The ICRC soon extended its humanitarian services to the mothers, providing them free food and other items every month. The Boko Haram saw him and the ICRC as neutral parties.