A 25-year-old woman in Uttar Pradesh, India kidnapped a groom from the wedding altar (mandap) moments before he was to marry another girl.  Bharti Yadav was escorted by two young men who helped her in the act.

According to the NDTV,  Bharti and the groom Ashok Yadav had been in love with each other and married secretly. But family pressures forced Ashok to marry another girl. 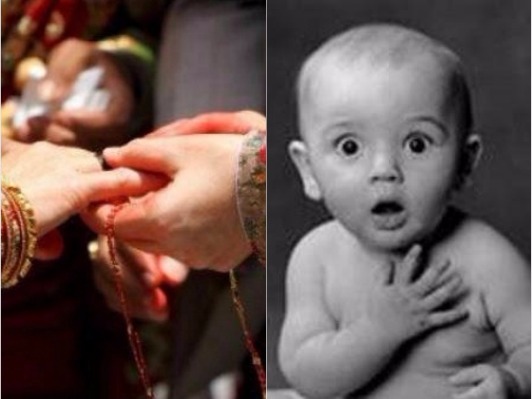 In typical Bollywood style, Bharti arrived at the wedding ceremony in an SUV, carrying a revolver in her hand.  "This man loves me; he is betraying me by marrying someone else. I will not allow this to happen," she said, while pointing the gun on groom's head.

The incident was reported on Tuesday night in Bundelkhand in Uttar Pradesh. The groom is still missing.

The incident stunned the guests at the wedding who watched in silence.

"There was definitely something suspicious about my son. When I tried to visit him in the town where he worked, he would not invite me to his home. Instead, we would meet at a temple, feed me at a food stall near there and then send me home," groom's father Ramhet Yadav told the guests at the wedding.

A case of kidnapping has been registered by the family of the bride.

"What she did show is that there are some women who can teach young boys that they will be punished for betrayal," a cop told NDTV, who admired the actions of 'Revolver Rani'.