Award-winning veteran actress turn evangelist, Patience Ozokwor, has opened up on her marriage to her late husband. The 59-year-old in an interview with  RTV, a Ghanaian television, revealed that she was forced into marriage by her parents at 19, no choice was given to her as she was not brought up to disobey or rule out her parents’ orders, she said.

"It was not my decision. And if it’s not my decision then I was forced into it. I did not see any reason my parents were forcing me as I was still young. And even at that age I had so many suitors and they just wanted me to get married. You know when you come from a polygamous family and your mother is struggling for her own daughters to get married and this other one is also struggling for her own daughters to get married and when this one came around and I said no I should make a choice. but I was not allowed to make that choice.' 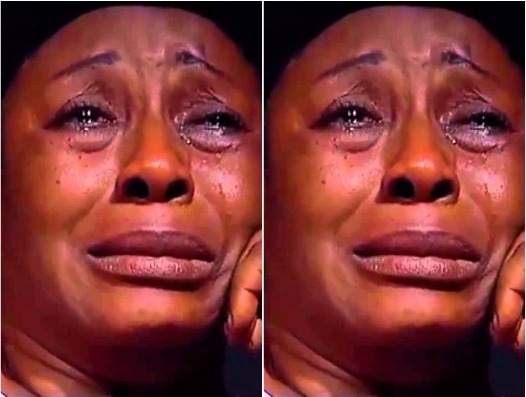 They didn't give me that choice and at the end, I had to obey my parents. I was not brought up to disobey them at all."

When asked if she enjoyed the marriage, she replied saying

"Sincerely speaking as a Christian I did not."

Adding that he was once married to girl who was arranged for him but the marriage didn't work out.  "The girl was sent to London to meet him but she got there and found out she didn't like him so she decided to move on with her life. So they didn't leave together as husband and wife.  He waited till after he came back after the war to come and marry me and there was no reason for that."

Speaking further on her marriage, she revealed that it wasn't easy at all for her as a young girl

"The marriage was not easy at all for me as a young girl, it was not easy but when you have two children and it is also not in the culture of my parents for you to jump from one man to another. I lost it sometimes and I had make due with the children God gave me that is why I am very close to my parents.

When asked her view on marriage she said;

" It is an ordained thing by God and it should be honoured. When a man and woman are declared man and wife that is final, your plate of food is out of your parents' house.

She further said that there are only two reasons a person should leave their spouse according to the bible, life and infidelity.

"If life is involved, God did not say don't separate. God has standards and christians must adhere to the standards of God concerning marriage because there are one or two things that a husband and wife divorce otherwise it is not coming from God. So it didn't come. I didn't catch my husband cheating on me and he didn't catch me so we had to stay together until death parted us.  When he died, I became free, people started coming for my hand in marriage but I said no, it's already late"Patience further advised women to remain in their matrimonial homes no matter what, adding that the only reason a woman should separate from her husband is when life is involved.”