My Husband Not Father Of My Son, Divorce-Seeking Wife Tells Court 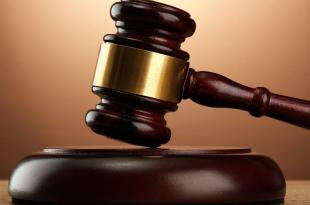 A divorce-seeking housewife, Mojisola Ajiboye, told an Agege Customary Court that her husband is not the biological father of her son. She gave the testimony in the divorce suit she filed against her estranged husband at the court.

The petitioner, a 30-year-old nurse, who resides at No. 46, Shiaba St., Agege , a Lagos suburb, said she regretted her seven-year marriage to Samson Nkanang, 33.  She claims that the husband usually abandons her at home and travels on official trips without any form of care.

“My husband is irresponsible and has turned me into a punching bag, I am no longer interested in the union; I want the loveless marriage dissolved,’’ she pleaded with the court.

The petitioner told the court that the petitioner whom she has been married to for over seven years is not the biological father of her son.

“I was impregnated by another man during the period my husband travelled on an official trip,’ she said. The estranged wife urged the court to dissolve the marriage so that they can go their separate ways “Although l registered the child’s birth in the respondent’s name, he is not the father of my son,’’she said.

Mojisola alleged that her husband is temperamental and constantly beats her over minor issues. Samson , who admitted subjecting his wife to frequent beatings, however, denied the allegations of being an irresponsible husband and father.

He told the court that he was on an official trip for two months in Akwa-Ibom when his wife told him she was pregnant.

“On my return, I even had sexual intercourse with her severally in order for her private part to be opened according to the doctor’s report.

“So I am amazed now that she claims I am not the biological father of my child.” The respondent said that on the child’s dedication day, he did all the necessary things as a father and even named the child.

“Even my family and the petitioner’s family were all present and they all gave him different names,’’ he said. Samson said he has also been responsible for the upkeep of the three-year-old child and the mother till date.

He alleged that he has been getting strange phone calls from an unknown person threatening him to leave his wife alone.

The husband pleaded with the court not to dissolve the marriage, saying “I am still in love wi

Mr Philip Williams, the court’s President, advised the estranged couple to maintain peace and order. Williams referred the couple to forensic centre to affirm the biological status of the child and deferred the divorce suit indefinitely.