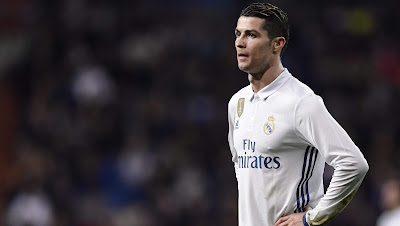 Real Madrid superstar, Cristiano Ronaldo could face a five-year prison sentence in Spain for tax fraud summing up to 15million Euros between 2011 and 2013.

The country's tax office have passed a file to prosecutors, who will decide whether to press charges against the Portuguese Real Madrid striker.

This is coming a day after Spain's Supreme Court confirmed a 21-month jail term handed down last year to Barcelona forward, Lionel Messi and his father Jorge, who manages his finances.