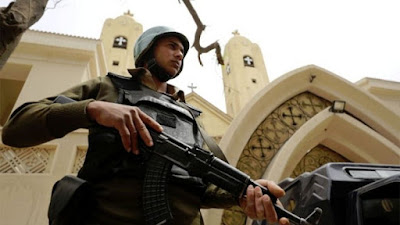 Gunmen have attacked a bus carrying Coptic Christians in Egypt, killing more than 20 people and wounding dozens, according to state media.

The bus came under attack on Friday while travelling on the road to the St. Samuel Monastery in the Minya province, about 220km south of the capital, Cairo, health officials said.

State TV said at least 23 people were killed and 25 wounded in the attack.

There was no immediate claim of responsibility. Egypt's Christian minority, which makes up about 10 percent of the country's population, has repeatedly been targeted by armed groups.